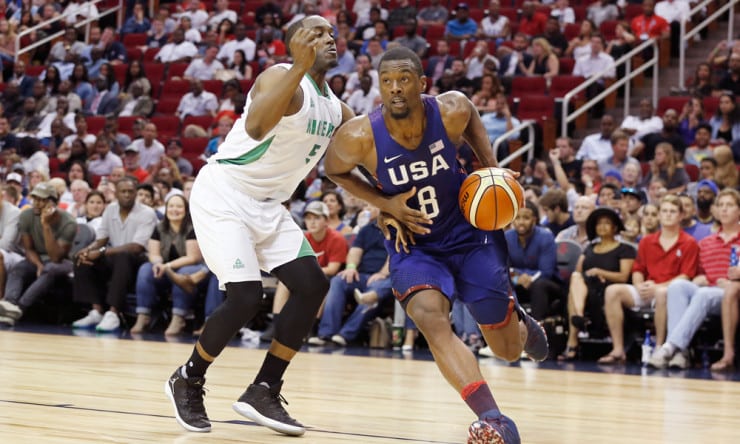 At least one member of Australia’s traveling party believes it would be a mistake to give the early darlings of the men’s basketball tournament zero shot at an upset Wednesday night when the Boomers take on the highly favored United States.

“It’s always possible, mate,” Australia assistant coach and former NBA championship-winning center Luc Longley said Monday after an impressive 95-80 win over Serbia moved the Americans’ next opponent to a surprising 2-0 in Group A. “There are no impossibilities in basketball.”

Related Topics:Team USA
Up Next

Dellavedova, Irving to Square off Wednesday