Dolphin Reef was released by Playtech back in 2009. The video slot features 5 reels and 3 rows, with its simplicity continuing to attract players on a regular basis. With 20 paylines, the Dolphin Reef slot comes with a visually pleasing animal theme. On this page, we will outline how to play Dolphin Reef slots. We will also list our favourite online casinos where the game can be found.

The Dolphin Reef slot from Playtech may have been around for over a decade, yet it still attracts newcomers on a regular basis. Our Dolphin Reef review will look at all aspects of this video slot, including its design, bonus features, statistics and free to play version. 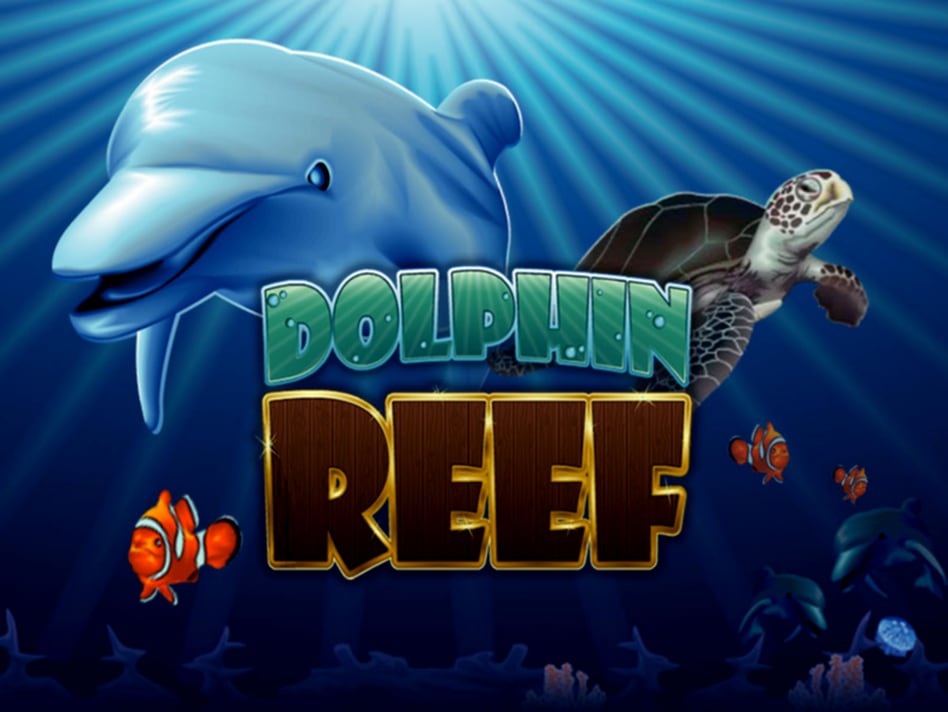 The Dolphin Reef slot is set under the sea, with the clear blue water coming with seaweed and, of course, dolphins! As the game has developed over the years, additional aspects have been added, including driftwood. The ocean theme is a constant throughout, with clownfish, starfish, seahorses, treasure chests and turtles cropping up, along with traditional, but brightly coloured, 9, 10, Jack, Queen, King and Ace icons. 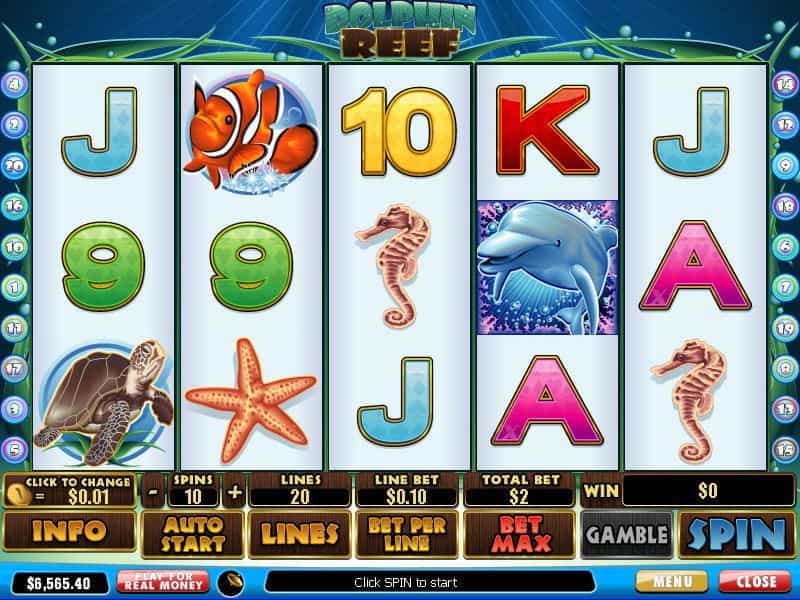 The game looks almost identical whether playing on desktop, mobile or tablet. An HTML5 version means that Dolphin Reef is available on all devices, with no additional downloads being required. The only real difference is that the control panel is found at the top of the screen when operating via smartphone or tablet. Finally, and unlike many other online slots, there is no autoplay option for players.

There are not a hatful of bonus features when playing the Dolphin Reef slot. However, the smiling Dolphin is the wild symbol to look out for, which can land only on reels 2 and 4. While this certainly limits how useful wilds are during the base game, the wild can potentially replace all regular symbols, as well as the treasure chest scatter.

In doing so, players will receive the largest payout possible. Landing 3, 4 or 5 treasure chest scatters will bring about a win worth 0.12x, 0.4x or 25x your stake, respectively. Meanwhile, additional wilds landed during this time will result in even bigger wins. A winning combo will provide players with the decision of whether to go for double or nothing. Here, the colour of the next card drawn must be predicted, whether it be red or black.

In terms of free spins, this round is triggered by landing dolphin wilds. At least 1 is required to land on both reels 2 and 4 within the same spin, which will bring up the “Free Games” feature on the paytable. At this point, the reels in question grow, before turning into water. The dolphins will jump around above the 3rd reel, before returning to the ocean. 5 free spins are awarded on the three remaining reels, 1, 3 and 5. 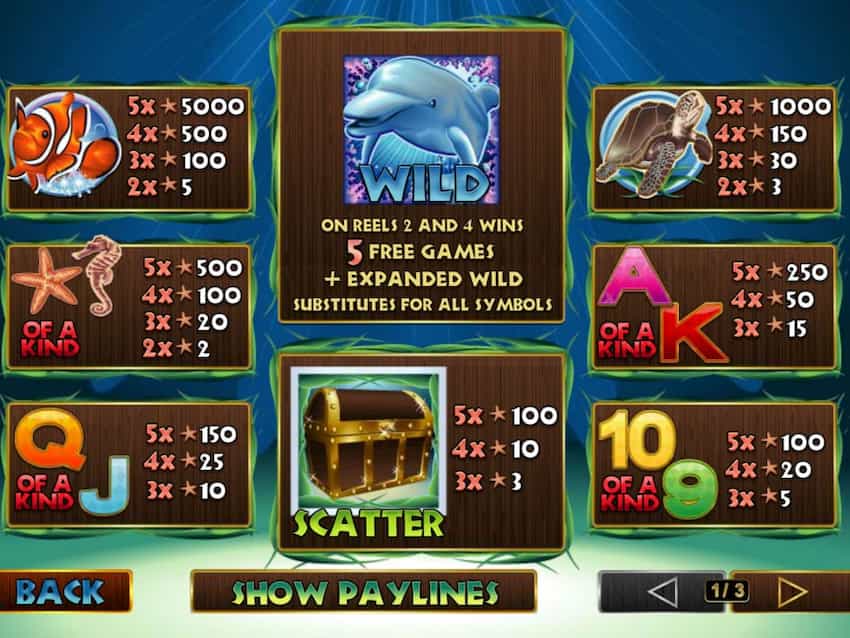 When it comes to online slots, there are some key statistics in which players look out for. Below are some of the key characteristics of the Dolphin Reef slot:

As well as playing for real money, players can also take advantage of the Dolphin Reef slot demo mode. Available with most of our recommended casinos, this is an option in which most beginners should utilize. The gameplay and rules are identical to the full version, with the only difference being that cash cannot be won. The demo version caters for all strategies, with winnings not accumulating.

How To Play the Dolphin Reef Slot

The gameplay surrounding Dolphin Reef is straightforward. The Dolphin Reef online slot doesn’t come with any unusual rules or weird aspects. Unlike many other slots, the 5 reels are 4 rows high, rather than 3. This allows for more paylines! Bets start at just $0.50, with the maximum bet being $125! The following is a step by step guide for playing the online Dolphin Reef slot:

Some casinos have a minimum deposit of RM10.*

Dolphin Reef was developed by Playtech back in 2009. Playtech is a software provider that was established in 1999, specialising in online gambling games. Based in the Isle of Man, the company was

founded by entrepreneur Teddy Sagi. With an annual net income of almost $300 million, Playtech is rightly regarded as one of the leading developers in the business.

Away from the Dolphin Reef slot, the likes of Age of the Gods, Green Lantern, Gladiator, The Matrix and Buffalo Blitz are among the other popular games coming from Playtech. The provider actually has over 200 slots to its name, with games being known for their top quality graphics and entertaining gameplay. In terms of the highest RTP Playtech slots, Ocean Princess and Ugga Bugga stand out, both coming in at 99.07%.

Which Slots Are Similar to Dolphin Reef?

If the Dolphin Reef slot does not quite meet your list of demands, then fear not. There are a host of similar slots available to players in Malaysia, in terms of their theme, gameplay, bonus features or software provider.

Coming from developer Novomatic, Dolphin Pearl is a 5-reel slot that features 10 paylines and a maximum win of 4638,5x your stake. With the theme being similar to Dolphin Reef, Dolphin Pearl has a higher RTP, at 96.2%. Dolphin Pearl was also released in the same year as Dolphin Reef, 2009. The similarities don’t end there, with Dolphin Pearl also having a free spins feature, that is triggered when landing 3+ scatter symbols. 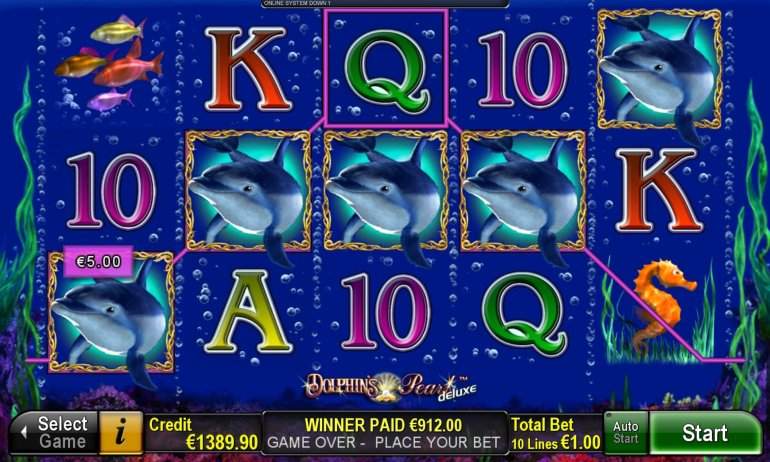 With an RTP of 99.07%, Ocean Princess is one of the most popular video slots from Playtech. The retro ocean-themed slot that comes with no bonus or free spins features. Symbols include sea turtles, princess crowns, starfish and crabs, with the old-school graphics having attracted players since March 2020. 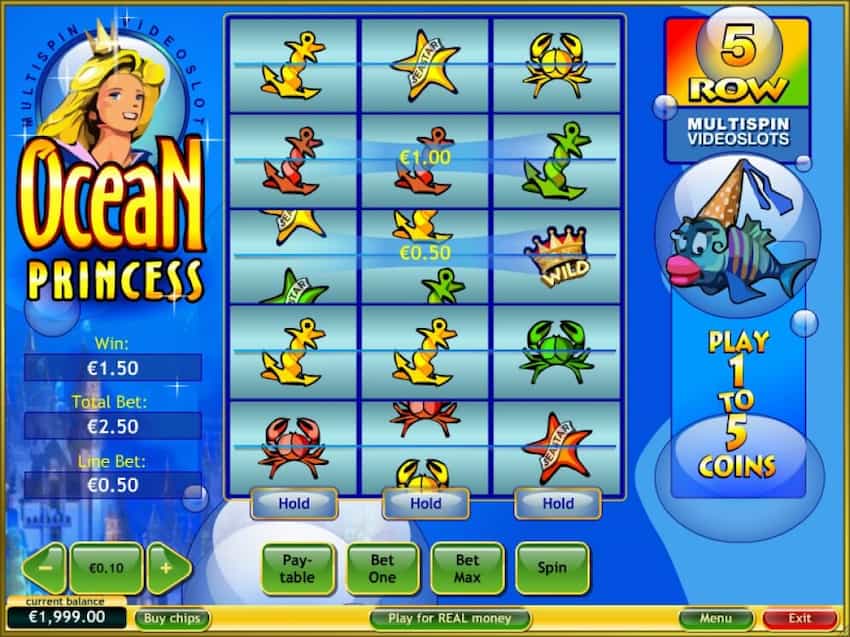 Age of the Gods

Arguably the most popular Playtech casino slot is Age of the Gods. With up to 20 paylines, colourful graphics and rewarding bonuses, Age of the Gods has an RTP of 95.02%. This progressive jackpot title has a maximum win of 10,000x your stake. Available on desktop, mobile and tablet, Age of the Gods also comes with a free to play version. 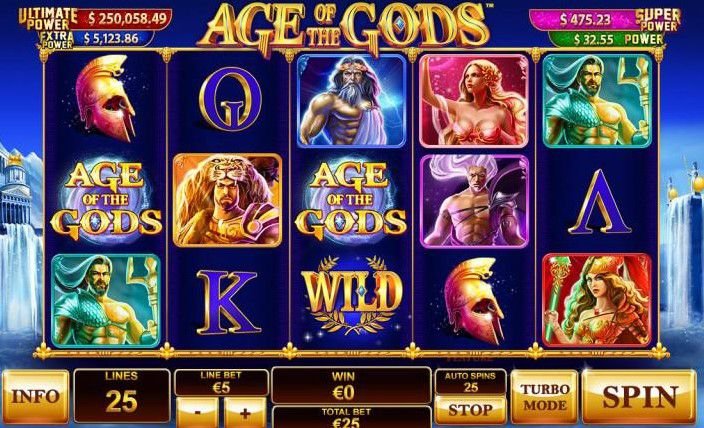 Dolphin Quest comes from the might of Microgaming. With an RTP of 96.12%, this slot features 5 reels, 50 paylines and a maximum win of 2,500 your bet. The animal themed slot comes with excellent graphics and sounds, with the bonus feature also being hugely appealing. Dolphin Quest looks almost the same as the Dolphin Reef slot, although they are different in terms of the gameplay. 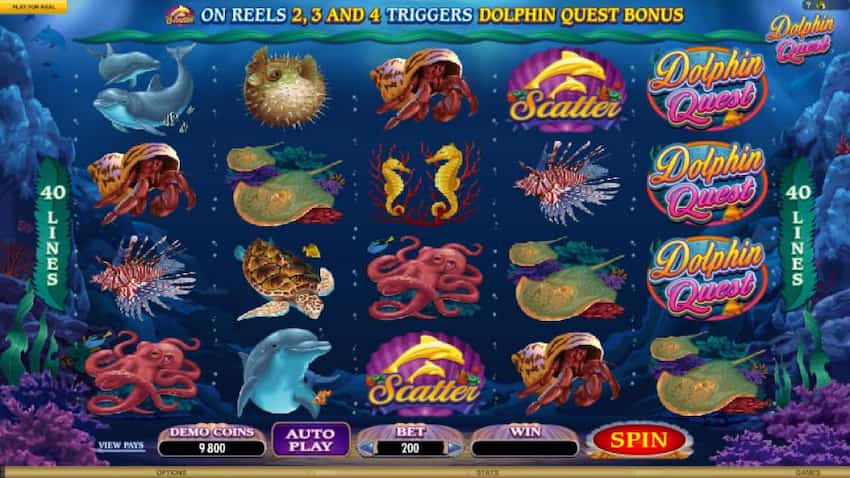 Are There Other Dolphin Reef Slots?

Unlike other slots, Dolphin Reef is not part of a larger series of games. Of course, having first been launched in 2009, Dolphin Reef has undergone several updates over the years, ensuring that it remains attractive to players. However, as far as Playtech is concerned, it is very much a one-off. Other Dolphin and ocean-related slots are available from other software developers though.

As most players will already be aware of, bonuses are one of the biggest selling points of online casinos. Users in Malaysia can take advantage of a host of promotions, including welcome bonuses, reload bonuses and free spins. Each offer will come with its own set of terms and conditions, meaning that not all will be eligible for those looking to play Dolphin Reef. However, for those looking to maximise their chances of winning with this slot, the following bonuses are likely to be of use:

While it may be somewhat outdated in comparison to newly released slots, Dolphin Reef is a title that has attracted players for many years. The simplistic gameplay is accompanied by animated graphics and free spins features. Thanks to expanding reels and 20 paylines, there are regular opportunities to win big too! So, be sure to check out our recommended Dolphin Reef slot casinos, which all cater for players in Malaysia.

Can I play Dolphin Reef slots for free?

Yes. A demo version of the Dolphin Reef slot is available to players. This is ideal for beginners, however no real money can be won when playing for free.

Dolphin Reef was created by Playtech, before being launched in 2009. Having been updated numerous times since, the slot continues to be a popular option for players.

Does the Dolphin Reef slot come with bonus features?

While there is no bonus round available to players, the Dolphin Reef slot does come with free spin features.

What is the Dolphin Reef slot RTP?

The Dolphin Reef RTP is 95%, which is fairly standard across the industry. Of course, there are slots with higher RTP’s. However, the Dolphin Reef slot RTP should still appeal to many players.

What is the maximum win with Dolphin Reef online slots?

The maximum win is 5,000x your stake, which caters well for high rollers.