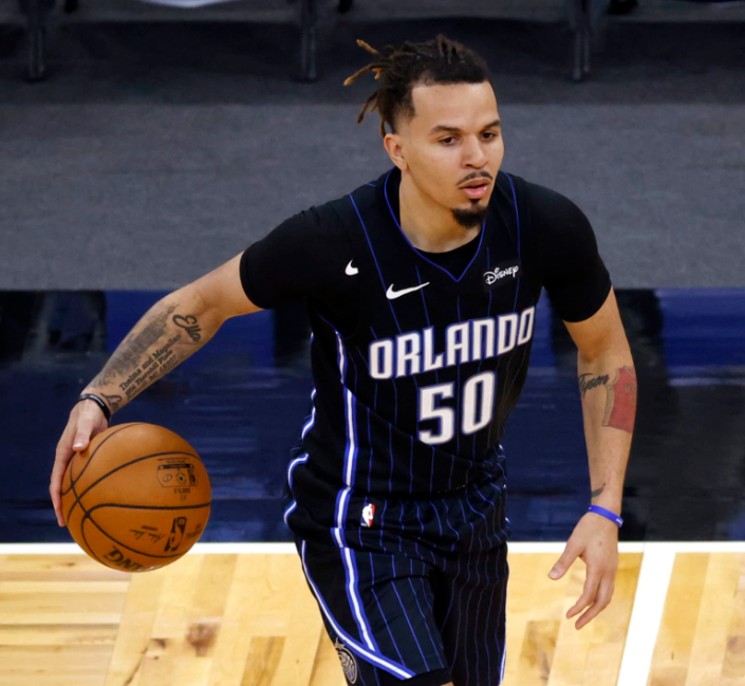 In tonight’s interconference showdown, the Denver Nuggets (10-10) are playing the injury-riddled Orlando Magic (4-18) at Amway Center. Will Cole Anthony and the Magic snap their seven-game losing streak versus the faltering Nuggets?

Heading into tonight’s interconference matchup, the Nuggets are 8-12 against the spread this season, while the Magic are 9-13 against the spread. The game airs live at 7 p.m. ET via Altitude, Bally Sports Florida and NBA League Pass. According to Land of Basketball’s database, these two teams have faced off 65 times in the regular season all-time. Denver is 33-32 versus Orlando. In the previous 10 head-to-head meetings, the Nuggets are a flawless 10-0 against them. On Apr. 4, 2021, the last time these teams met, the Nuggets won 119-109.

In other news, Magic rookie point guard Jalen Suggs suffered a fractured right thumb in the team’s 101-96 road loss against the 76ers. Per sources, this injury will not require surgery, but he will be re-evaluated every two weeks. For right now, he will remain listed “out indefinitely” on the injury report. There is no clear timetable for his return.

Bones Hyland is also in the health and safety protocol and is expected to miss several games as well, I’m told. He’s not at #Nuggets shootaround.

Hyland and Rivers are the only players expected to be in the protocol.

Furthermore, in the Nuggets’ 120-111 road win over the Heat on Monday, center Nikola Jokic ended his effort with another double-double, accumulating 24 points, 15 rebounds and 7.0 assists in 33 minutes played. Forward Aaron Gordon contributed 20 points, 4.0 rebounds and 5.0 assists in 38 minutes of action as well. While the Heat outscored the Nuggets 33 to 25 in the fourth quarter, their 63-point first half showing was sufficient.

Meanwhile, on Monday, in the Magic’s 101-96 road defeat against the 76ers, forward Franz Wagner scored a team-high 27 points in 38 minutes spent on the court. Rookie guard Jalen Suggs had 17 points, 3.0 rebounds and 5.0 assists in 29 minutes played, too. Both Eastern Conference teams closed out their night with 55 rebounds, but the Sixers were more accurate with their long-range jumpers.

Orlando shot 37-for-90 (41.1%) from the floor and 8-for-33 (24.2%) from behind the arc. Following this loss to Philadelphia, the team’s losing streak was extended to seven games this season. Not to mention, the team’s injury report status is not helping their chances of winning another contest. They are 1-8 at home, 3-10 away and 2-7 ATS at home.

To add to the information above, the Nuggets are 1-6 ATS in their past seven performances. For other notable betting trends, the total has also gone over in five of their last five games. Plus, the team is 7-1-2 ATS in their previous 10 contests against Orlando. Though, Denver is 1-5 ATS in the team’s past six road matches. Lastly, the Nuggets are 13-6 straight up in their previous 19 contests versus Eastern Conference opponents.

As for the Magic, they are 0-7 SU in their last seven games this season. Also, the total has gone under in five of their past five contests. And, they are 0-5 SU in their previous five matches against Denver at Amway Center. Next, Orlando is 4-2 ATS in the team’s last six games against Northwest Division opponents, and they are 4-1 ATS in their previous five contests played in December. In summary, consider picking the Nuggets to win and cover the spread.

Pick the Nuggets to win, they will cover the spread and the total will go over 210. Denver is a 7.5-point favorite with BetUS.