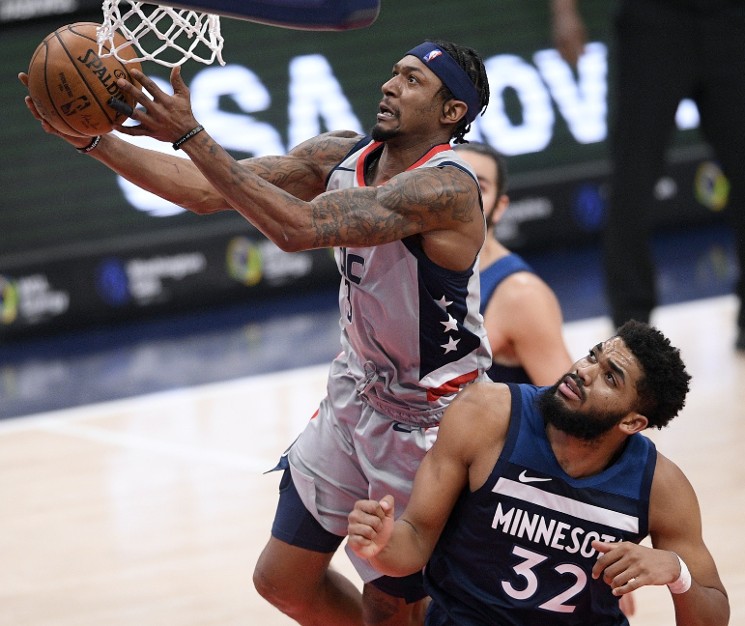 In tonight’s interconference encounter, the Minnesota Timberwolves (11-10) are striving to maintain an above-.500 record versus the Washington Wizards (13-8). Will Karl-Anthony Towns and the Timberwolves earn their first win against the Wizards since Nov. 2, 2019?

Furthermore, for tonight’s interconference contest, the Timberwolves are 10-11 against the spread in the 2021-22 NBA season, whereas the Wizards are 11-10 against the spread. This matchup airs live at 7 p.m. ET via Bally Sports North, NBA League Pass and NBC Sports Washington. Retrieved from Land of Basketball’s database, based on 61 regular season games played all-time, Washington is 35-26 versus Minnesota. Though, in the past 10 head-to-head meetings, the Wizards are 6-4 against the Timberwolves. On Feb. 27, 2021, the last time these teams met, Washington won 128-112.

Besides team-record comparisons, Wizards center Daniel Gafford is still dealing with a lingering right-thumb sprain. Apparently, the soreness is bothering the third-year player, but he is not listed on the team’s injury report. In the coming days, if the soreness refuses to dissipate on its own, Gafford might have to miss a couple more games this season. So far, through 18 games played, the 6’10” center is averaging 8.8 points, 5.7 rebounds and 1.1 assists per game.

Daniel Gafford has been dealing with a previously sprained (and still sore) right thumb, but the Wizards did not list him on their injury report for Wednesday's game against the Timberwolves in D.C. The only players listed are Thomas Bryant and Rui Hachimura, who will be out.

Moreover, on Monday, in the Timberwolves’ 100-98 home win over the Pacers, center Karl-Anthony Towns scored a team-high 32 points in 32 minutes spent on the court. Guards D’Angelo Russell and Anthony Edwards each closed out their performances with 21 points. Plus, Russell also finished with 8.0 rebounds and 11 assists in 39 minutes played. To open the second half, the Timberwolves outscored the Pacers 30 to 19.

As for the Wizards, in their 116-99 road loss against the Spurs on Monday, guard Bradley Beal led his team in scoring, putting up a total of 18 points in 36 minutes of action. Forward Kentavious Caldwell-Pope — who played 25 minutes —  had 17 points, 1.0 rebound and 3.0 assists as well. Washington had a mediocre showing shooting-wise. They were outscored 32 to 21 in the fourth quarter alone.

For interesting betting trends, the Timberwolves are 7-2 ATS in their last nine performances. Next, the total has gone over in four of their past six contests. Not only is the team 7-1 straight up in their previous eight games, the total has gone over in five of their last seven road contests. Finally, Minnesota is 1-5 ATS in the team’s past six matches versus Washington, and they are 4-11 ATS in their prior 15 contests against Southeast Division opponents.

On the other side, the Wizards are 1-4 ATS in their past five games this season. Also, the total has gone under in 10 of Washington’s last 14 contests. To add to these betting statistics, the team is 11-4 SU in their previous 15 matches versus Western Conference opponents. Next, Minnesota is 1-4 ATS in the team’s past five games played in the month of December. In conclusion, consider picking the Wizards to win and cover the spread.

Pick the Wizards to win, they will cover the spread and the total will go over 216. Washington is a four-point favorite with BetUS.