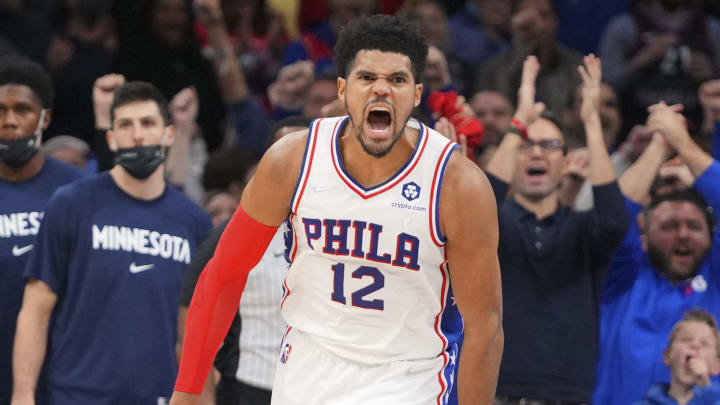 In tonight’s Eastern Conference mismatch, the Orlando Magic (4-17) are aiming to snap their six-game losing streak versus the Philadelphia 76ers (10-10). Though, can the Magic overcome an 0-3 record against the Sixers in their last three head-to-head meetings?

Heading into Monday night’s intraconference clash, the Magic are 8-13 against the spread in the 2021-22 NBA season, whereas the 76ers are 10-10 against the spread. This matchup begins at 7 p.m. ET on Bally Sports Florida, NBA League Pass and NBC Sports Philadelphia. Thus far, Philadelphia is 6-4 versus Orlando in the team’s past 10 head-to-head contests. According to Land of Basketball’s database, based on 121 regular season games played all-time between these two teams, the Magic are 79-42 versus the 76ers.

In other news, the league office has issued Magic forward Wendell Carter Jr. a $35,000 fine for throwing his protective eyewear in the fourth quarter of Saturday’s double-overtime game against the Timberwolves. Shortly after the incident, Carter Jr. was ejected. On the other side, the Sixers have recalled center Paul Reed from the Delaware Blue Coats, the organization’s G League affiliate. Per sources, he will be playing tonight versus the Magic.

The NBA just announced #Magic forward Wendell Carter was fined $35,000 for throwing his protective eyewear during last night's game. He was ejected in the fourth quarter after doing this following what he felt was a foul that was not called.

Furthermore, in the Magic’s 105-92 road loss versus the Cavaliers on Saturday, forward Wendell Carter Jr. led his team in points and rebounds, accumulating 19 points and 11 rebounds in 32 minutes played. Center Robin Lopez ended his performance with 13 points, 2.0 rebounds and 4.0 assists in 31 minutes of action as well. Not only were the Magic outscored 50 to 42 in the paint, they were out-rebounded 51 to 43.

In addition to their low-effort defensive performance, they shot 35-for-88 (39.8%) from the field and 8-for-32 (25%) from behind the arc. After this loss, Orlando is now 3-9 away, 1-8 at home and 6-6 ATS on the road. The team is failing to average at least 100 points per game against their opponents. Their six-game skid, although not surprising, barely scratches the surface of their long list of problems.

Meanwhile, on Saturday, in the 76ers’ 121-120 double-overtime loss against the Timberwolves, center Joel Embiid finished his showing with 42 points, 14 rebounds and 3.0 assists in 45 minutes spent on the court. Forward Tobias Harris contributed 17 points, 9 rebounds and 4.0 assists in 45 minutes played, too. In their heartbreaking upset, the Sixers were outscored 54 to 36 in the paint.

For a close, nail-biting conclusion like this, every shot attempt matters. The Sixers shot 39-for-93 (41.9%) from the floor and 12-for-34 (35.3%) from three-point range. Philadelphia has now lost eight out of their previous 10 games this season. While Embiid is back in the starting lineup, it will take time for the team to improve their .500 record. They are 4-5 at home and 3-6 ATS at home this season.

Moreover, the total for tonight’s Eastern Conference contest is set at 219. Referencing the spread consensus, 62% of bettors are picking the Sixers to cover the spread at Wells Fargo Center. Pertaining to the point total consensus, 54% of gamblers are hoping the total will go over 219. Currently, Orlando is 0-0 as a selected favorite, 4-17 as an underdog and 6-6 ATS away, while Philadelphia is 6-2 as a favorite, 4-8 as an underdog and 3-6 ATS at home.

For beneficial betting trends, the Magic are 0-6 straight up in their past six performances. Not to mention, the total has gone under in four of their last five contests. Plus, the team is 1-4 ATS in their previous five contests versus Philadelphia. Next, the Magic are also 0-7 SU in their past seven games played at Wells Fargo Center, and the total has gone under in four out of their last five matches against Eastern Conference opponents.

As for the 76ers, they are 3-7 ATS in their previous 10 performances. Also, the total has gone under in four of Philadelphia’s past six contests. And, 7-0 SU in their last seven games played against the Magic. However, the team is  3-8 SU in their previous 11 matches on their schedule. Lastly, the Sixers are 1-4 ATS in their past five games played at Wells Fargo Center. Taking everything into account, think about picking the 76ers to win, but the Magic will likely cover the spread.

Pick the 76ers to win, the Magic will cover the spread and the total will go over 219. Philadelphia is a 14-point favorite with BetUS.