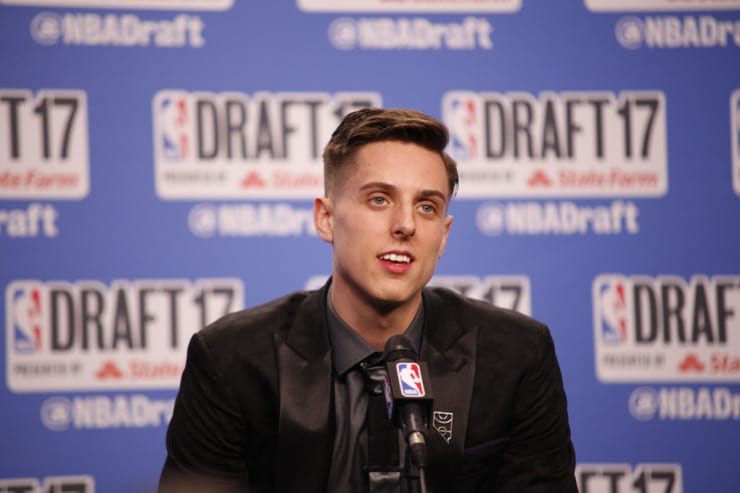 After a series of questionable moves in free agency last summer, Portland Trail Blazers GM Neil Olshey stepped up with a power move in the 2017 NBA Draft, trading picks 15 and 20 to the Sacramento Kings to select Gonzaga center Zach Collins with the tenth pick. Collins is a modern NBA big man, with the ability to make plays off the bounce and hit shots from the perimeter while still retaining the ability to protect the rim.

Olshey adds a prototypical stretch big man to last season’s trade for old school bruiser Jusuf Nurkic. With the Blazers up against the cap after awarding huge contracts to Allen Crabbe and Evan Turner last summer, moves on the margin like this trade are critical to Portland’s ability to improve despite dollar constraints. This is a brilliant pick that only fell to tenth because of the draft’s overall depth.