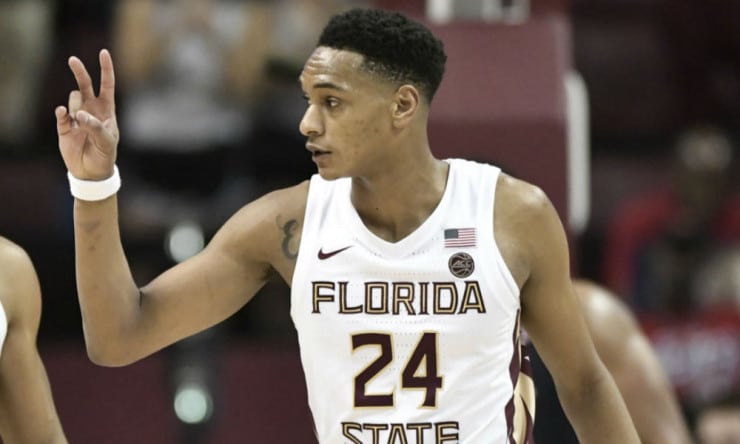 With the 11th pick in the 2020 NBA Draft, the San Antonio Spurs select Devin Vassell from Florida State.

Vassell is more than just your typical 3&D player. One of the best shooters in the draft, Vassell shot at least 40 percent from three-point range during his two years as a Seminole — a good finisher on the break, his offensive game should translate right away to the NBA.

While his defensive ability isn’t at that level, Vassell is a strong wing-defender in his own right. He’s athletic enough and quick enough to keep most bodies in front of him and should be able to hold his own on the NBA stage.

Vassell is smart, too, and he certainly fits the profile and culture the Spurs are known for.