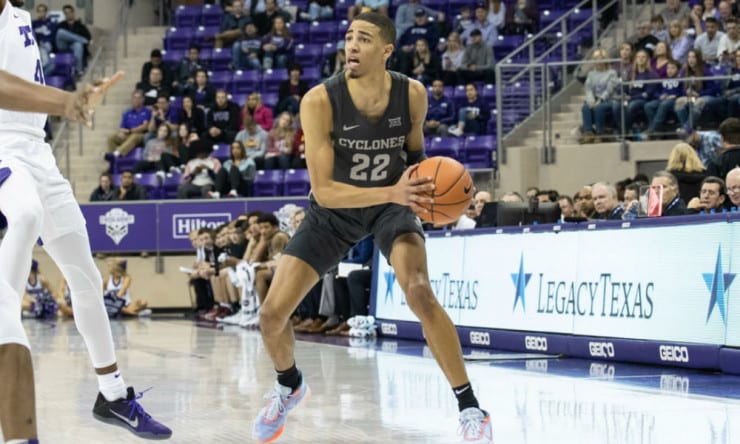 With the 12th pick in the 2020 NBA Draft, the Sacramento Kings select Tyreese Haliburton of Iowa State.

With Bogdan Bogdanovic seemingly out the door and an even longer rebuild staring them in the face, the Kings nabbed one of the draft’s best building blocks. While he isn’t the fastest player on the court, Haliburton always seems to be in control, playing at his own pace. Despite his awkward shot, he’s a strong shooter and finisher around the rim and should fit nicely in De’Aaron Fox’s backcourt.

Defensively, Haliburton is long and should prove more than capable of covering NBA guards. That said, there’s some room for improvement on that end.

He won’t create a whole lot of highlights, but his feel for the game should have him ready to contribute sooner rather than later.