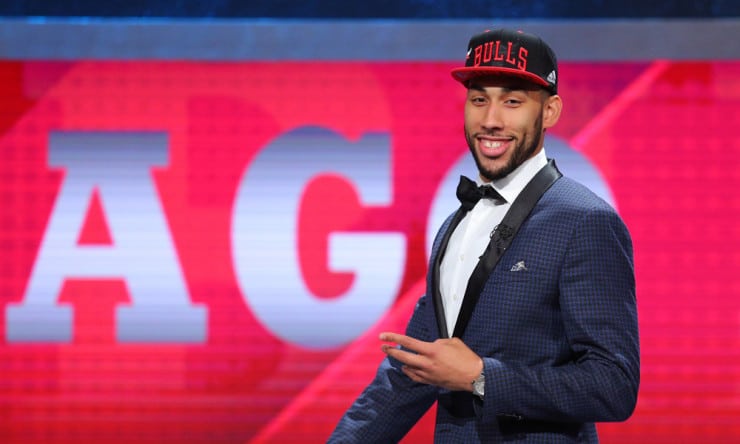 With the 14th overall pick in the 2016 NBA Draft, the Chicago Bulls selected Denzel Valentine from Michigan State.

Valentine, who spent four years with the Spartans, is a 6’5 guard who has the versatility to play both backcourt positions. He’ll be able to step in and make an impact for the Bulls right away since he’s an NBA-ready player and because the Derrick Rose trade opens up playing time in the backcourt.

In recent weeks, there were reports that Valentine may have a right knee issue that could impact the longevity of his career. This came as a surprise, since his right knee never caused him to miss games while in college and he missed just four games total in his four years at Michigan State.

Because Valentine is already one of the older players in this draft, it’s understandable if teams were concerned about his lack of potential coupled with his apparent knee issue. It’s also possible that teams further down in the draft were leaking this information in hopes that he’d slip to them.

Either way, the issue didn’t prevent Valentine from being a lottery selection.