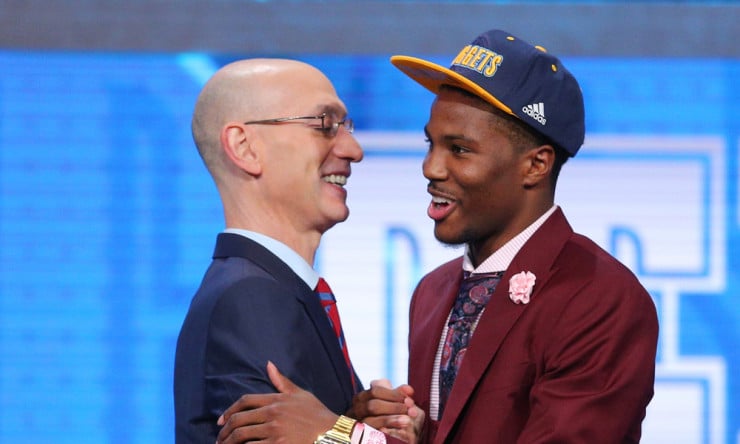 With the 19th pick in the 2016 NBA Draft, the Denver Nuggets have selected shooting guard Malik Beasley. Following up their selections of Jamal Murray and Juan Hernangomez, the Nuggets decided to add another excellent shooter with explosive athleticism to add further depth (and options to their backcourt).

Beasley made the jump to the NBA after his freshman campaign with Florida State, averaging 15 points per game with 45 percent shooting percentage and 38 percent from three-point range.

Despite praise for his shooting ability, the 6’5 guard is also a highly explosive and energetic athlete who excels in the open floor and in transition with his speed, leaping and finishing ability at the rim. While being a strong shooter in his freshman season, Beasley also excited scouts with the ability to create his own shot and his aggressive drives to the rim.

Defensively, Beasley also stands out at the guard position despite his smaller size thanks to his intense effort, foot-speed and strong defensive mechanics. Beasley should earn immediate playing time even in a now loaded and talented backcourt due to his all-around game and ability to contribute right away as a rookie.