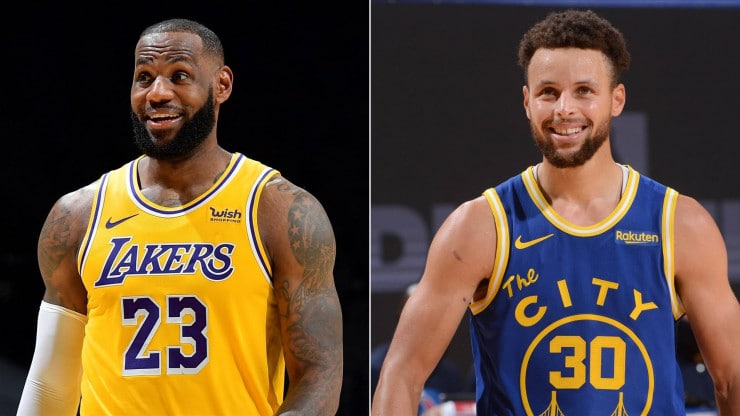 The 2021 MGM Resorts Summer League in Las Vegas, Nevada is now over. The NBA’s Christmas schedule for the upcoming 2021-22 season has also been released. NBA spectators and bettors alike might be wondering now what their teams’ odds are of qualifying for the playoffs in 2022. Thus far, the biggest trade move this offseason was the Washington Wizards trading Russell Westbrook to the Los Angeles Lakers for Kentavious Caldwell-Pope, Montrezl Harrell and Kyle Kuzma.

In the 2020-21 season, the Eastern Conference had multiple teams qualify for the playoffs that failed to do so in prior years, such as the Hawks, Wizards and Knicks. Last season was the first time since the 2012-13 season the Knicks made the playoffs and finished with a record above .500. Now, which teams that failed last season could make the postseason next year? According to DraftKings Sportsbook, there are a few notable competitors.

In the 2020-21 season, the Warriors finished 39-33 (.542), ranking fourth in the Pacific Division and ninth overall in the Western Conference. On November 17, 2020, Klay Thompson injured his right Achilles tendon. Stephen Curry also suffered a tailbone injury in mid-March. Needless to say, last season was not their time to shine. Then, the offseason arrived.

During the 2021 NBA Draft, the Warriors selected forward Jonathan Kuminga seventh overall. On August 6, 2021, Curry signed a four-year, $215 million extension with the organization. Four days later, Andre Iguodala signed a contract to return to the team, too. While Thompson might still miss a small portion of this upcoming season, there is no doubt that Golden State will be a better team next season.

Last season, the Pacers finished 34-38 (.472), ranking second in the Central Division and ninth in the Eastern Conference. Their below-.500 season snapped the team’s five-year streak of making the playoffs. That was the first time Indiana failed to qualify for the playoffs since the 2014-15 season. On June 9, 2021, the front office fired head coach Nate Bjorkgren. On June 24, 2021, former Mavericks’ head coach Rick Carlisle was named the official head coach of the team. For next season, oddsmakers are favoring Indiana to make the postseason. This is a fair bet. Over the past 20 years, the Pacers were usually in the playoffs.

In the offseason, the Pacers drafted Chris Duarte at No. 13, Sandro Mamukelashvili at No. 54 and Georgios Kalaitzakis at No. 60. Though, both Mamukelashvili and Kalaitzakis were then traded to the Milwaukee Bucks. Plus, the Lakers drafted Isaiah Jackson at No. 22, but he was immediately traded to Indiana. On August 7, 2021, the organization announced the signings of Duane Washington Jr., Keifer Sykes and Terry Taylor.

The Bulls have been in a slump these past four seasons, considering they have yet to make the playoffs in the Eastern Conference over this time period. They have gone through interesting changes at the head coaching position the last four years. On December 3, 2018, the organization fired Fred Hoiberg. Then, they promoted Jim Boylen to the vacant head coach position. However, the new hire did not last long. Over the course of two seasons, Boylen coached the team to a pitiful record of 39-84. He was fired on August 14, 2020. On September 22, 2020, the front office hired Bill Donovan as the team’s next head coach.

In the 2021 NBA Draft, Chicago drafted Ayo Dosunmu 38th overall. Of course, as stated up top, the team signed Lonzo Ball from the New Orleans Pelicans. Alex Caruso was another notable signing in the team’s offseason. On August 11, 2021, in a sign-and-trade deal with the San Antonio Spurs, DeMar DeRozan signed a three-year, $85 million contract with the Spurs, prior to his trade to the Bulls. Coach Donovan should now have more than enough firepower to coach his team to a top-eight seed in the team’s conference.