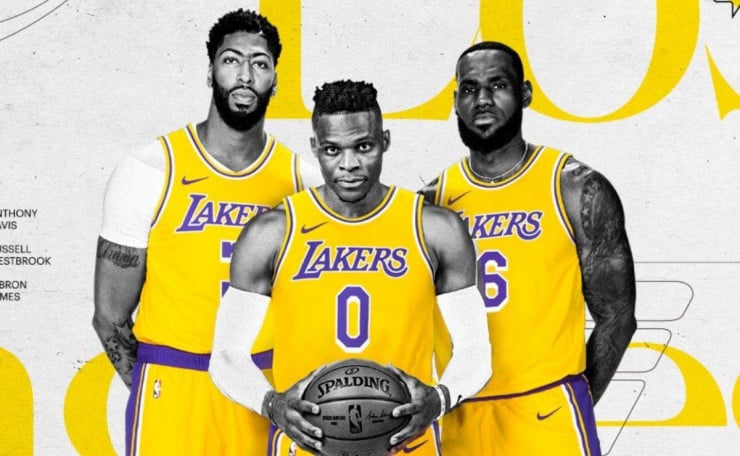 According to oddsmakers at BetOnline, the Los Angeles Lakers have the best odds (2/1) of winning the Western Conference title. Next, the Golden State Warriors possess the second-best odds (9/2), followed by the Phoenix Suns (15/2), Los Angeles Clippers (8/1), Utah Jazz (8/1) and other teams. In the 2020-21 NBA season, the Lakers finished 42-30 (.583), ranking third in the Pacific Division and seventh overall in the Western Conference. Additionally, the Lakers have the second-best odds (+325) of winning their eighteenth championship next season, trailing the Brooklyn Nets (+290).

The Warriors have the fourth-best odds (+1100) of winning the 2022 NBA Finals. While all teams have to deal with injuries at some point, it is definitely true that injuries contributed to derailing the Lakers’ 2020-21 season. In May, LeBron James suffered an ankle injury. After their 100-92 Game 4 loss against Phoneix, Anthony Davis sustained a left groin injury, sidelining him for Game 5. Davis returned for Game 6, but this was a poor decision, considering he limped off the court after playing for only five minutes. The Lakers lost their first-round playoff series four games to two against the Suns.

Golden State No. 2 favorite in the Western Conference, per @betonline_ag. pic.twitter.com/b2IbfrQ8sA

In the offseason, the Lakers drafted Isaiah Jackson 22nd overall in the 2021 NBA Draft. However, he was traded to the Indiana Pacers on draft night. Plus, via a sign-and-trade, Russell Westbrook was traded from the Washington Wizards to the Lakers, and the organization shopped Kyle Kuzma, Kentavious Caldwell-Pope and Montrezl Harrell.

As for the Golden State Warriors, with a record of 39-33 (.542), they ended their 2020-21 season ranking fourth in the Pacific Division and ninth overall in the Western Conference. On July 29, they drafted 18-year-old Congolese player Jonathan Kuminga seventh overall. The organization also drafted Arkansas Razorback Moses Moody 14th overall. Then, point guard Stephen Curry signed a four-year, $215 million extension on August 6, 2021. Four days later, Andre Iguodala signed a deal to return to the team.