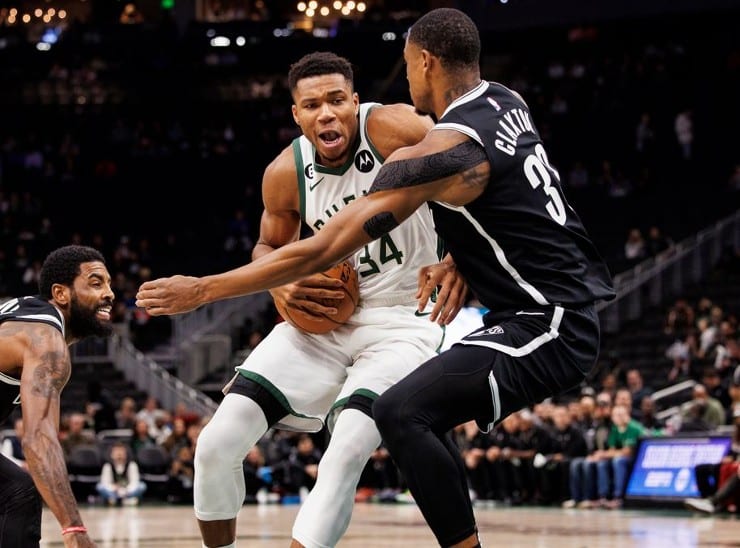 Giannis Antetokounmpo once again finds himself in the top of the discussion for NBA MVP. He’s already won the award two times and a third would only solidify his true greatness. Earlier this week, Giannis jumped Luka Doncic for the best odds to win. It’s almost impossible to argue against Antetokounmpo being a front-runner for the award.

NBA betting sites have Giannis at (+250) and Luka at (+275) to win the 2022-23 MVP trophy. Even after losing their first game of the season on Monday night, the Greek Freak is still has the lowest odds to win. One loss after nine consecutive wins was not going to change that.

You can’t count out Doncic, however. He’s putting up some historic numbers as well. If Luka has 30 plus tonight, he would have then started the season with ten consecutive games with 30 or more points. He leads the league in scoring and carries the Mavericks on his back. Doncic is an extremely gifted player who’s name rightfully deserves to be at the top with Giannis.

The MVP race is neck and neck to begin this season. Giannis and the Milwaukee Bucks are 9-1, which is the best record in the Eastern Conference. He has the chance to get his team the tenth win of the season tonight when they’ll be on the road to play the Thunder. Luka and the Dallas Mavericks got their fourth straight win on Monday night vs the Brooklyn Nets. Doncic has the chance to get his team a fifth straight win vs a 2-9 Orlando Magic squad.

The 9-1 Milwaukee Bucks will be on the road tonight vs the 4-6 Oklahoma City Thunder at 8:00pm. Milwaukee looks to get back on a win streak after losing their first game of the season on Monday night. Luka Doncic and the Dallas Mavericks want to continue their win streak to five games. The Mavs are now first place in the Southwest Division with a 6-3 record.