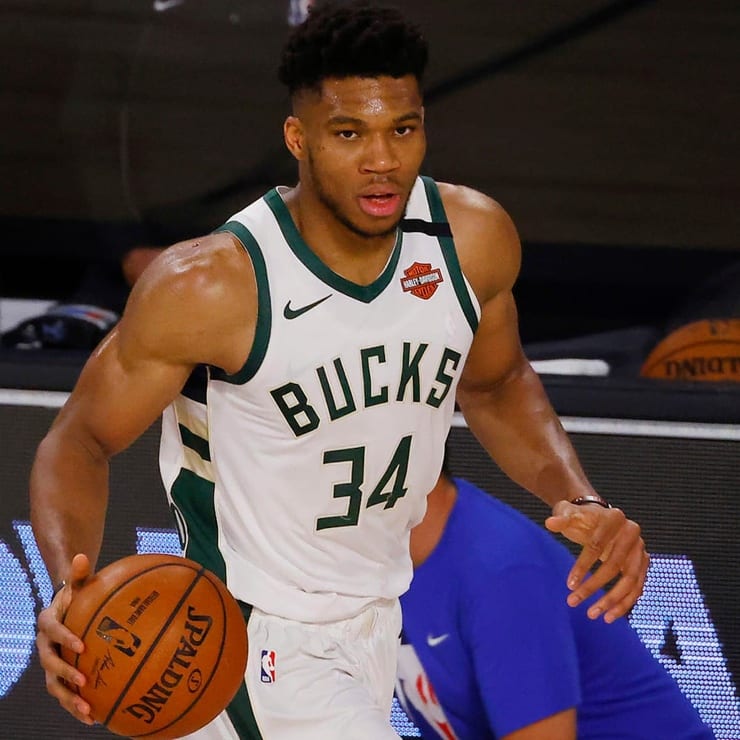 The start of the 2021-22 NBA season is right around the corner; 2022 NBA division futures betting picks are helpful for a large portion of bettors. According to oddsmakers at BetUS, in the Eastern Conference, the Brooklyn Nets are the favorites (-250) to win the Atlantic Division. The Milwaukee Bucks are the number one favorites (-1000) to win the Central Division.

In the Western Conference, the Los Angeles Lakers (Ev) are frontrunners to win the Pacific Division, whereas the Utah Jazz have the best odds (-275) of winning the Northwest Division. Furthermore, the tables down below were retrieved from BetUS for the updated 2022 NBA division futures odds. 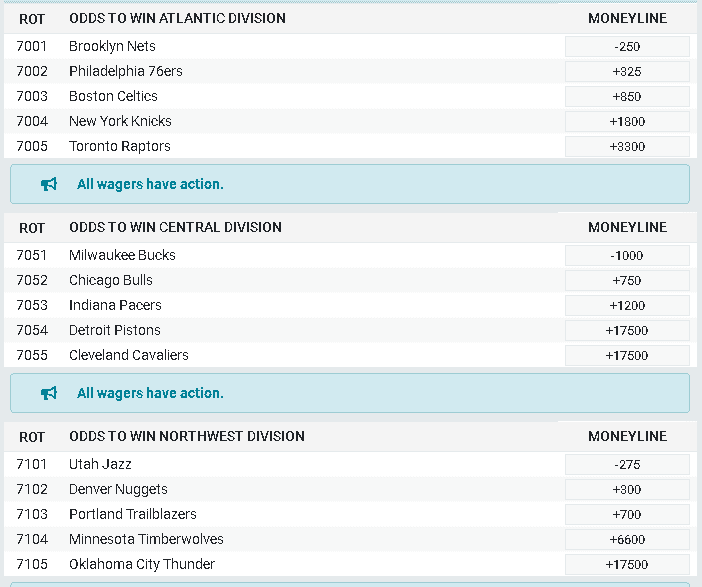 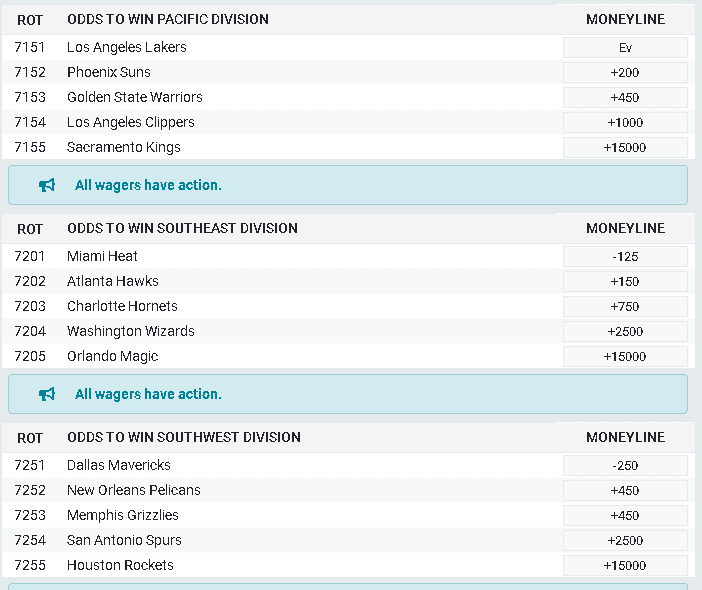 The Nets have -250 odds of winning the Atlantic Division. Kyrie Irving, Kevin Durant, James Harden—all three are healthy and focused for a new season. Their greatest competition in the Atlantic Division are the Philadelphia 76ers. Though, in the offseason, the Nets made quite a few notable moves. On Aug. 3, the organization signed Patty Mills to a two-year, $12 million deal. Brooklyn’s front office also signed Cam Thomas and James Johnson.

They acquired Jevon Carter from the Phoenix Suns. Moreover, on Apr. 15, 2021, LaMarcus Aldridge retired abruptly after experiencing irregular heartbeats. Though, on Sept. 3, he announced that he would unretire after being medically cleared to play. Moreover, Brooklyn is projected to win at least 47 games in the upcoming season.

The reigning NBA champions are back to defend their title. They have favorable -1000 odds of winning the Central Division. The Bucks finally won their second NBA championship in franchise history last season, defeating the Suns in six games. Despite finishing 46-26 (.639), they performed at a higher level when push came to shove.

Two-time MVP Giannis Antetokounmpo won his first Finals MVP as well. In the offseason, on Aug. 6, they re-signed Bobby Portis. Plus, guards George Hill and Rodney Hood were signed to the active roster. Forward Semi Ojeleye was also later signed.

One day later, Grayson Allen was traded by the Memphis Grizzlies to the Bucks for Sam Merrill and cash. If the Bucks can continue to maintain the effectiveness of their bench, they will win the division again. The Chicago Bulls and Indiana Pacers are their competition in the division, but the Bucks will be fine.

The Utah Jazz are the favorites (-275) to win the Northwest Division. Their biggest competition in the division are the Denver Nuggets. Nonetheless, the Jazz have made plenty of offseason decisions to help reshape their roster. The organization re-signed Mike Conley and signed Hassan Whiteside and Rudy Gay on Aug. 6.

One day later, they re-signed Jarrell Brantley and acquired forward Eric Paschell from the Golden State Warriors. Not to mention, they signed Jared Butler, who was selected 40th overall by Utah in the 2021 NBA Draft. With a record of 52-20 (.722), the Jazz did win the division last season. This is why they’re the favorites once again. They are the best bet.

The Lakers’ odds of winning the Pacific Division are listed as “Ev.” This means expected value. It compares the bettors’ assumptions of a possible outcome with the sportsbook’s expectations. Anyways, Los Angeles had a fun-filled offseason. The team’s new Big Three consists of LeBron James, Anthony Davis and Russell Westbrook. On Jul. 29, the Lakers agreed to trade Kentavious Caldwell-Pope, Kyle Kuzma and Montrezl Harrell to the Washington Wizards for Westbrook. The organization signed Carmelo Anthony to a one-year deal on Aug. 3.

Los Angeles also signed Dwight Howard, Wayne Ellington, Malik Monk, Kendrick Nunn and Trevor Ariza. Then, they re-signed Talen Horton-Tucker. Some moves were unexpected, though. Rajon Rondo and DeAndre Jordan both signed contracts with the organization. Last season, Los Angeles finished 42-30 (.583), ending up ranking third in the division behind the Phoenix Suns and Los Angeles Clippers. Though, considering their great offseason, the Lakers should be the favorites. The team’s win total is set at 46 games.

The Miami Heat are the favorites (-125) to win the Southeast Division. Last season, with a record of 40-32 (556), they finished in second place behind the Atlanta Hawks in the division. They also have +1200 odds of winning the Eastern Conference. During the offseason, the Heat re-signed Max Strus, Gabe Vincent, Dewayne Dedmon and Duncan Robinson.

On the same day, the Heat traded Precious Achiuwa and Goran Dragic to the Toronto Raptors for Kyle Lowry. To add to that, they re-signed Jimmy Butler a day later. Moreover, Marcus Garrett and Caleb Martin were signed to two-way contracts in September.

The Mavericks have -250 odds of winning the Southwest Division. Why are all the top teams being picked? Keep in mind these odds and moneyline picks are in the present. For example, John Wall could get traded from the Houston Rockets to the Los Angeles Clippers.

If this event occurred, the Clippers’ odds to win the Pacific Division would likely increase. As of now, the New Orleans Pelicans are capable of giving the Mavs a run for their money. However, Dallas has MVP favorite Luka Doncic and new head coach Jason Kidd.

In the offseason, Dallas re-signed Doncic, Boban Marjanovic and Tim Hardaway Jr. Nate Hinton was re-signed to a two-way contract on Aug. 3. Guard Sterling Brown was signed, too, in addition to these players listed above. Last season, the Mavs finished 42-30 (.583), ranking first in the division.

How to claim a BetUS bonus code?

A BetUS bonus code is available to anyone who wants a free Welcome Bonus of up to $3,125. For a reminder, you must be at least 18 years or older. Plus, you have to make a minimum deposit of $100 to claim the bonus. There are three steps needed to be followed to claim the BetUS bonus code.

2.) Enter your address and create your password. Additionally, it will require you to choose your country and zip code.

3.) Claim your bonus. Go to the “Promotions” page. A 125% sign-up bonus is available for bettors. The promo code is JOIN125. Don’t include the period.

Click Here For A Free Welcome Bonus Up To $3,125
Join our Telegram channel for our exclusive free betting tips, picks and offers.