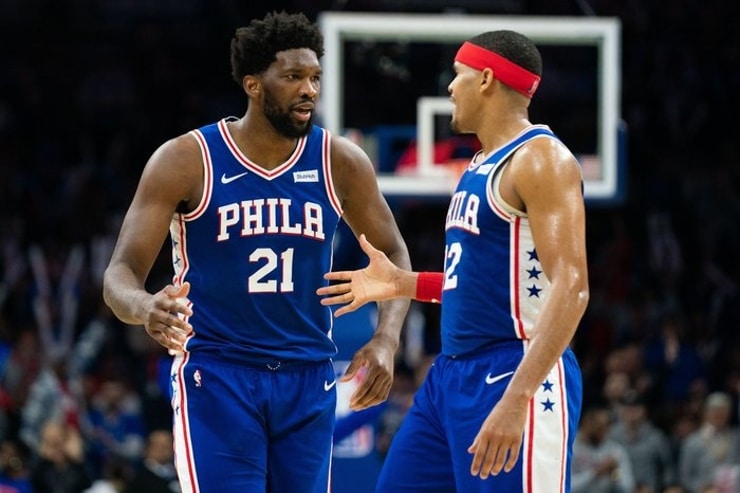 The Athletic
Join our Telegram channel for our exclusive free betting tips, picks and offers.

The 2021-22 NBA preseason begins on Oct. 3, 2021 and the regular season kicks off on Oct. 19; the 2022 NBA MVP odds have been available for months now. However, plenty of rookie and veteran gamblers are unsure which specific player(s) to place their bets on.

Luka Doncic, Joel Embiid, Giannis Antetokounmpo, Kevin Durant, Stephen Curry—all are top-five worthy value picks. Now, which of these five players is the best bet? Who are the notable dark-horse candidates for MVP? Keep reading. The 2022 NBA MVP odds down below were taken from Bovada.

Dallas finished 42-30 (.583) last season, ranking fifth overall in the Western Conference. Though, would the Mavericks win the Southwest Division without Doncic? That remains to be seen. At least, they have not accomplished that low-tier goal lately. This is why Doncic is so valuable to Dallas. The organization also hired head Jason Kidd in the offseason.

Last season, the center averaged 28.5 points, 10.6 rebounds and 2.8 assists per game in 51 games played. Embiid also shot 51.3% from the floor and 37.7% from behind the arc. The seven-foot Cameroon is the obvious MVP of the Philadelphia 76ers. Everyone knows this. In the 2021 Eastern Conference Semifinals series versus the Atlanta Hawks, he averaged a playoff career-high 30.4 points per game.

The four-time All-Star ranked fourth in the league for points per game in 2021. If not for his unstoppable performances in the regular season, the Sixers likely would not have finished with the number one seed of 49-23 (.681) in the Eastern Conference. Leading into the 2021-22 season, expectations are high. Some bettors believe Embiid is an even better player with Ben Simmons off the court. If Simmons is traded during the regular season, that theory will be tested.

Of course, no one can forget about two-time MVP Giannis Antetokounmpo. The forward is the only player listed here so far that has already won Most Valuable Player. In the 2020-21 season, the 6’11” Greek Freak averaged 28.1 points, 11.0 rebounds and 5.9 assists per game in 61 games played. Shooting-wise, he had a field goal percentage of 56.9% and shot 30.3% from three-point range.

To add to these statistics, the eight-year veteran won his first Finals MVP against the Phoenix Suns. Antetokounmpo averaged 35.2 points,13.2 rebounds and 5.0 assists versus the Suns. While the MVP is a regular season award, Giannis has to be in the mix to win it. The Milwaukee Bucks finished 46-26 (.639) last season, ranking third in the Eastern Conference.

Another household name on this list is 11-time All-Star Kevin Durant. Sure, Durantula gets to play alongside James Harden, Kyrie Irving, Blake Griffin, LaMarcus Aldridge and other talented players. However, he almost single-handedly carried the Brooklyn Nets to the Eastern Conference Finals last season. The Nets lost 115-111 in overtime against the Bucks in the semifinals.

Durant walked off the court with 48 points, 9.0 rebounds and 6.0 assists in 53 minutes in that Game 7 loss. The 32-year-old small forward averaged a playoff series-high 35.4 points per game against Milwaukee. Having said all of this, due to injuries, he only played 35 games in the regular season. This is why he is a risk in the minds of experienced bettors. Unless he can play at least 70 games healthy, picking Durant is a bigger gamble. For some, it could be an unnecessary risk.

Two-time MVP Stephen Curry concludes the list. The 33-year-old point guard is always the projected leader for made three-pointers. He is the favorite once again to lead the league in threes. With Klay Thompson expected to return from his ACL injury in December, Curry will have time to dominate the floor to help establish his case for MVP. Last season, the seven-time All-Star averaged 32 points, 5.5 rebounds and 5.8 assists in 63 games played.

Not to mention, he shot 48.2% from the field and 42.1% from behind the arc. The guard’s 32 points per game average was a career-high last season. Moreover, Curry is almost as accurate 23-feet away from the basket as he is driving the lane for a quick layup. Despite the Golden State Warriors ending their season 39-33 (.542) in 2021, they will be healthier in the coming season. If Curry averages at least 30 points again in 2022, he will be the clear-cut favorite for MVP.

Stephen Curry is the best bet to win MVP in 2022. The Warriors are expected to have a turnaround season in the Western Conference. To add to that, Luka Doncic averaged nearly 28 points per game last season, but his consistency is an unknown factor. In the 2018-19 season, Doncic averaged 21.2 points per game. Under a new head coach, the Mavs could take a step back this season.

Plus, the offseason trade rumors involving Ben Simmons could be a distraction for Embiid and the 76ers in the coming season. And, Giannis is also expected to lead the Bucks on the stat sheet. Nevertheless, oddsmakers are not feeling it for the reigning champs. If Durant can stay healthy throughout the entirety of next season, he will be Curry’s greatest competition for MVP. Doncic will have to prove that he can carry his team consistently, similar to the NBA veterans listed here.

LeBron James, Damian Lillard and Nikola Jokic are still potential candidates. These three players might not possess appealing odds of winning the award, but each player will have opportunities to surprise oddsmakers. The main concern with LeBron is injuries. He also turns 37-years-old at the end of December. However, some athletes continue to improve as they age.

Although football is different from basketball, NFL quarterback Tom Brady on the Tampa Bay Buccaneers is the perfect example. James averaged 25 points, 7.7 rebounds and 7.8 assists in 45 games last season. Nikola Jokic—the 2021 MVP winner—has a slim chance of winning his second award in 2022, too. In 72 games, Jokic averaged 26.4 points, 10.8 rebounds and 8.3 assists.

Then, there’s six-time All-Star Damian Lillard. The guard averaged 28.8 points, 4.2 rebounds and 7.5 assists in 67 games played last season. With a record of 42-30 (.583), Portland finished sixth in the Western Conference standings. Both Lillard and Jokic are underrated contenders. Their 2022 NBA MVP odds will increase if one of the top-five candidates sustains a major injury.

The BitCoin Sports Welcome Bonus helps gamblers earn a 75% bonus up to $750 with the Bovada bonus code: BTCSWB750. Bovada is not available in Delaware, Nevada, New Jersey and Maryland. There are three important steps to claim this bonus code.

1.) Create your own username. This will require a first name, last name and date of birth.

3.) The user is then required to verify his or her age and enter a zip code. Lastly, click the red “REGISTER” box. Enter the bonus code when making a deposit. A deposit can be made via Bitcoin or Bitcoin cash. VISA and Mastercard are other payment options.