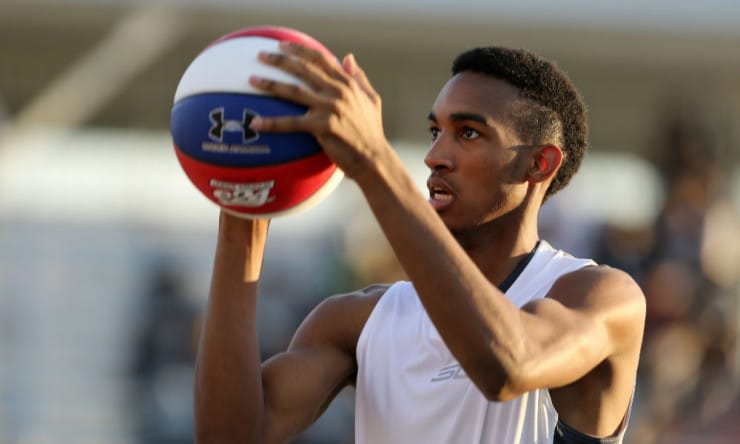 Desperately needing another wing, the Thunder have decided to take guard Terrance Ferguson with the 21st overall pick. The upside could serve greatly long term, which is why Sam Presti decided to pull the trigger on this selection.

Ferguson’s path to the NBA wasn’t conventional, as he played overseas in Australia for the Adelaide 36ers instead of going to Arizona and taking the college route. The decision was similar to Brandon Jennings and Emmanuel Mudiay’s in the past.

Known for his athleticism and perimeter defense, Ferguson presents qualities that ideally fit today’s league as a “3-And-D” player. Oklahoma City will likely elect to use him at the shooting guard or small forward position, as he has a 6-foot-7, 190-pound frame.

Ferguson has length that will allow him to disrupt passing lanes and contest shots, which will definitely help the Thunder get out in transition.

As a prospect, Ferguson will need to be developed before he hits the court as a regular rotational player, as he came off the bench and only played 15 minutes per game.

This pick was all about potential, and if it hits, could be a game changer for the Thunder.