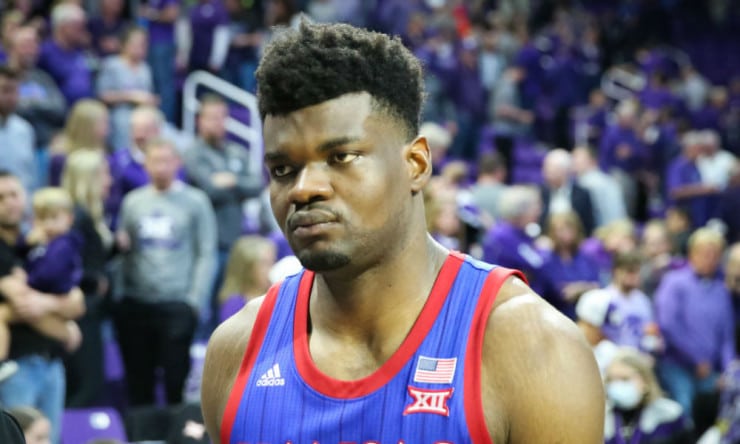 With the 27th pick in the 2020 NBA Draft, the New York Knicks select Udoka Azubuike from Kansas. The Knicks will trade Azubukie to the Utah Jazz.

Since they jettisoned Derrick Favors last summer, the Jazz have been in desperate need of a backup option behind Rudy Gobert. Ed Davis was a flop, while Tony Bradley could only do so much and has since been traded to the Detroit Pistons.

In Azubuike, the Jazz add a towering figure — Azubukie stands 7-foot with a 7-foot-7 wingspan and weighs 270 pounds — underneath the basket. A four-year player at Kansas, Azubuike has shown a knack for blocking shots and should immediately threaten the opposition in the painted are. That said, Azubukie is old school —  he isn’t going to stretch the floor, and he won’t be much use, defensively, out on the perimeter. Likewise, he won’t offer much as a passer out of the paint.

Still, Utah may have picked up the NBA’s next great shot blocker. And, for what they need as they push to contend in the Western Conference, Azubukie should prove a solid fit.