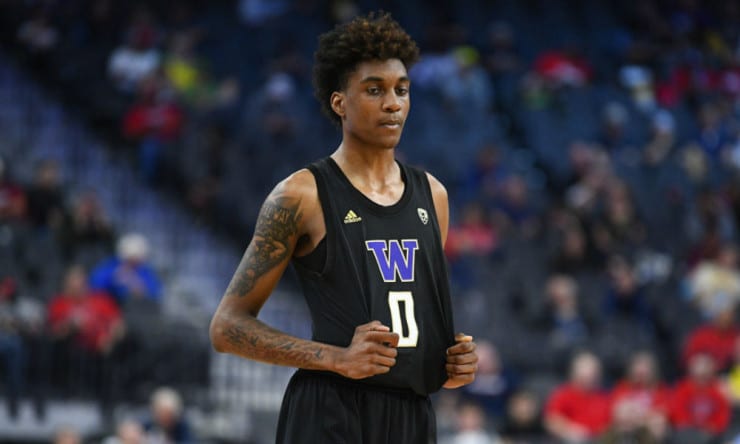 With the 28th pick in the 2020 NBA Draft, the Minnesota Timberwolves select Jaden McDaniels from Washington. This pick was originally held by the Los Angeles Lakers, but eventually made it’s way to Minnesota via the Oklahoma City Thunder.

McDaniels, a 6-foot-10 forward, is versatile enough to be a real weapon at the NBA level. Long and athletic, McDaniels is a strong shooter with a smooth jumper and , should he add some strength to his frame, should become a strong finisher at the rim. On the defensive end, standing 6-foot-9 with a near 7-foot wingspan, McDaniels can match up with nearly any position. That said, he has a long way to go in terms of his patience on that end of the floor; McDaniels led the Pac-12 in personal fouls (100) and was called for six technicals.

He’s a bit of a project, for sure. But, still only 19-years-old, the potential is there. In time, he should develop into a nice frontcourt piece and complement to Karl-Anthony Towns.