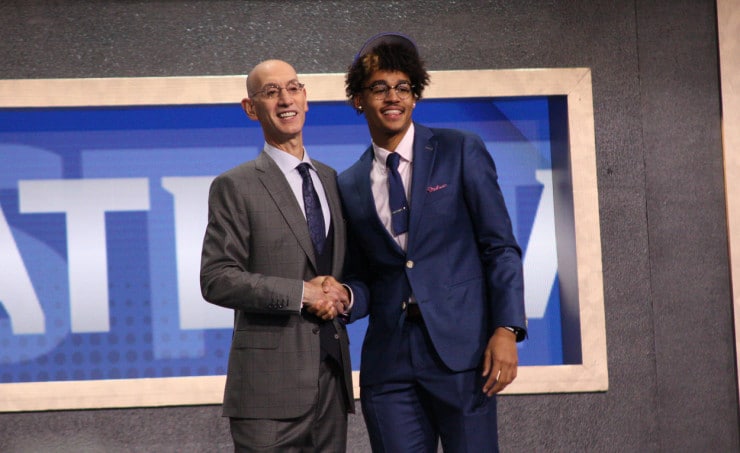 With the 28th Overall Pick in the 2019 NBA Draft, the Golden State Warriors have selected guard Jordan Poole of Michigan University.

One of the reasons why Golden State lost in the NBA finals this season was because of their lack of depth. Poole doesn’t solve that by himself, but he does give them a scoring option in the second unit that they haven’t had in a long time.

Poole has “scoring spark” written all over him. Not only does he have great handles, but when his shot is on, he is nearly impossible to stop. When you add his floor spacing abilities – 37 percent from three – and Poole looks like he could be a sixth man of the year in the making.

So how did he fall all the way to 28th? Simple, when he’s off, he is tough to watch. That’s not just because he misses a high volume of shots, but he will keep taking them until his shot is on again.

For Golden State to get back on track, they need scoring and shooting. Warts and all, Poole can definitely be that for the Bay Area.