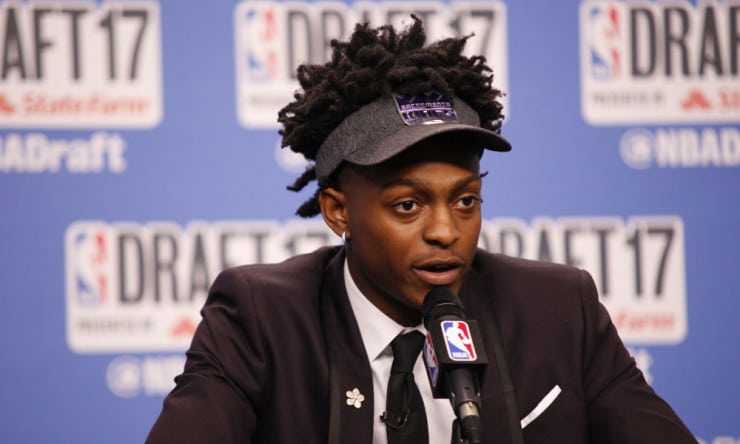 The 2017 NBA Draft couldn’t have started better for the Sacramento Kings. With the Celtics selecting Jayson Tatum third, that meant Josh Jackson fell to the Suns at fourth and De’Aaron Fox — possibly the best player in this draft — fell to the Sacramento Kings at fifth. The Kings have been desperate for a true lead guard since the organization unwisely traded away Isaiah Thomas in July of 2014.

Fox set an NCAA Tournament freshman scoring record when he dropped 39 points on second overall pick Lonzo Ball in Kentucy’s win over UCLA. Despite out-performing Ball head-to-head, Fox was unable to convince NBA executives picking at the top of the draft that he was the better player. Fox now gets the opportunity to prove it on the ultimate stage as he tries to lead Sacramento out of a sustained era of futility.

Kings GM Vlade Divac is off to a strong start in the NBA Draft after he stole Skal Labissiere with the 28th pick last season. Labissiere and Willie Cauley-Stein give Fox a pair of promising big men to build with in Sacramento.