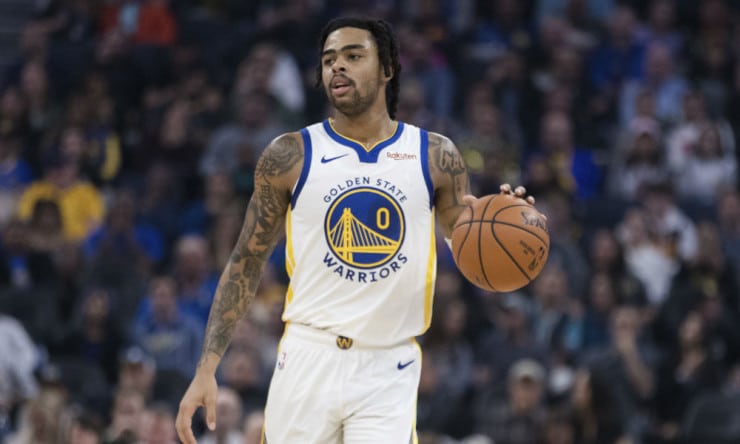 Warriors guard D’Angelo Russell, who suffered a sprained right thumb during last night’s game against the Boston Celtics at Chase Center, underwent an MRI last night. The MRI confirmed the sprain. Russell will be re-evaluated in two (2) weeks and will not travel with the team on its upcoming four-game road trip to New Orleans, Memphis, Dallas and Utah.