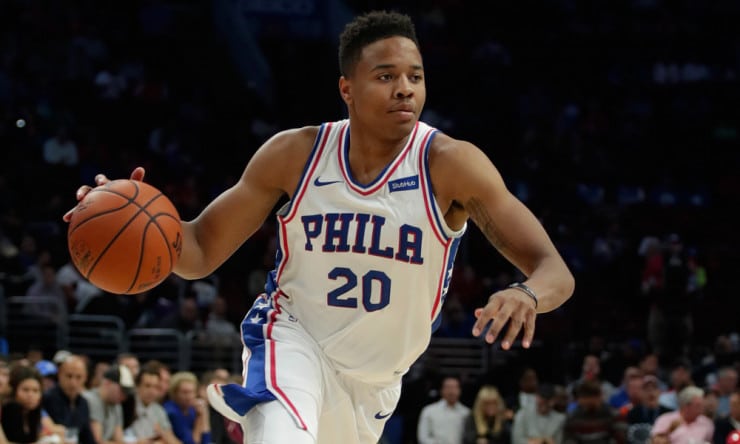 76ers rookie guard Markelle Fultz returned to action on Monday for the first time since October 23 in a 123-104 win over the Denver Nuggets.

The No. 1 overall pick in the 2017 NBA draft played 15 minutes as the backup point guard to starter Ben Simmons. He scored 10 points on 5-for-13 shooting from the field, while dishing out eight assists and grabbing four rebounds.

“There was a little bit of excitement,” said Fultz about entering the game for the first time. “And a little bit of ‘I have to help the team.’ ‘I don’t want to let the team down.’ Once I stepped out there on the floor, it felt great to be back out there with my brothers.”