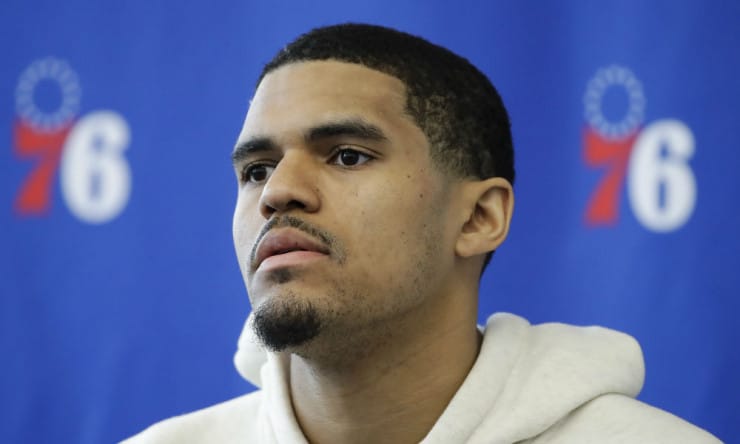 The Philadelphia 76ers 9-8 (9-8 ATS) and the Sacramento Kings 6-11 (7-10 ATS) are two teams searching for consistency following a barrage of losses as of late.

On Monday, the Sixers attempt to get back to their winnings as they take on the moribund Kings at Golden 1 Center in Sacramento, California.

According to the latest odds on BetUS.com, the Kings hold a 2.5-point handicap being the slight favorites over the injury-plagued Sixers. The total was set at 219 points.

The Sixers pulled out from an exploratory talk with the Detroit Pistons centered on disgruntled All-Star Ben Simmons. Kyle Neubeck of The Philly Voice disclosed that Philadelphia tried to dangle Simmons in the trade negotiations with the Pistons in the hope of getting a competitive package in return but to no avail. The Sixers are reportedly unwilling to take in Jeremi Grant as the centerpiece of the Pistons trade package for Simmons.

On the other side, the Kings recently relieved Luke Walton from his head coaching job and replaced him with Alvin Gentry on an interim basis. Walton’s firing doesn’t come as a surprise since he had been on the hot seat the past three weeks. King’s general manager Monte McNair explained how he decided to ax Walton.

“The start of the year was a lot of what we were hoping for, and we really thought it could have been even better,” McNair said, per Jason Anderson of The Sacramento Bee. “I think we saw a lot of the things that we thought this team could do, but these last eight games were a change, and, for me, the question became what’s the best way to move forward, and that’s my job at every point in the season.”

On Saturday, the Sixers dropped six of their last seven games, falling to the Portland Trail Blazers, 118-111. Tyrese Maxey continues to capitalize on the extended playing time given to him by head coach Doc Rivers. The second-year point guard tallied 28 points and 9 assists in 35 minutes, while Harris also scored 28 markers. Unfortunately, Philadelphia had no answers to Blazers’ star Damian Lillard, who finished with 39 points and 7 assists.

Meanwhile, the Kings succumbed again to the Jazz for the third time this season, 105-123. Richaun Holmes collected 22 points and 7 boards, while Harrison Barnes and Tyrese Halirbutron chipped in 18 and 17 points, respectively. Sacramento played competitively through the first three quarters, but the game’s complexion shifted against their favor in the fourth quarter. The Kings allowed the Jazz to drop 39 points during the payoff period, which essentially put themselves out of the game.

Without Joel Embiid, the Sixers are just susceptible to losing to any team. This has been the case for Philadelphia since the superstar center entered quarantine due to COVID. Although the Sixers defeated the Kings by wide margins in their last three contests, the home team might have a little bit of an edge over the visitors simply because they are the healthier team. Moreover, Philadelphia is 2-5 ATS in their last seven games. The total, though, has gone OVER in 4 of the Sixers’ last six games. The Kings are not a top-tier offensive team. Nevertheless, the Kings must capitalize on this rare opportunity to score more points given how depleted the Sixers lineup is right now.

For the latest and most comprehensive NBA and sports betting odds, check out BetUS.com