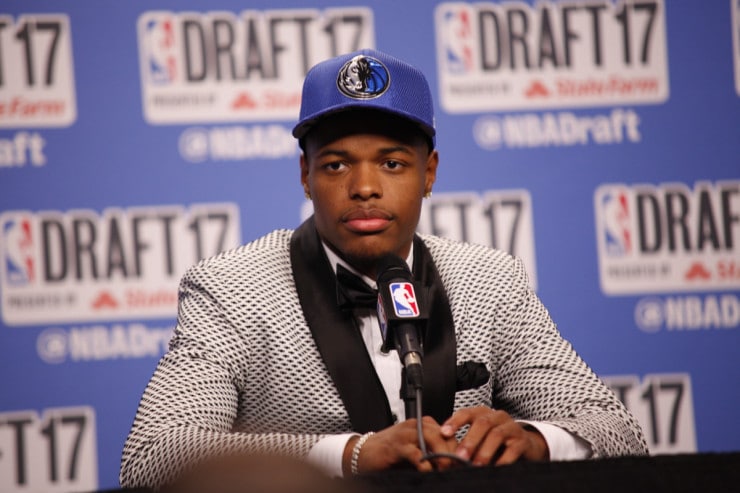 With the ninth pick in the 2017 NBA Draft, the Dallas Mavericks selected guard Dennis Smith Jr. out of NC State.

In his one year at NC State, Smith Jr. averaged 18.1 points, 4.2 rebounds and 6.1 assists per game. One of the most athletic players in the draft, the 6-foot-3 guard was projected to fall anywhere between the bottom half of the top 10 and the early teens.

The 19-year-old will join Harrison Barnes, Nerlens Noel and Dirk Nowitzki in Dallas as the first top-10 selection drafted by the franchise under Mark Cuban.

Smith Jr.’s best quality is his explosiveness. He can soar through the lane, get to the basket with ease and is a creative finisher at the rim. A dynamic ball handler, Smith Jr. has the potential to be an elite scorer in the NBA.

His shot is inconsistent at times and he is, at best, an average passer. He is also turnover prone and will need to limit that if he wants his game to translate to the NBA. That being said, he’ll be a welcomed addition to a Mavericks team that desperately needs to get younger and more athletic.