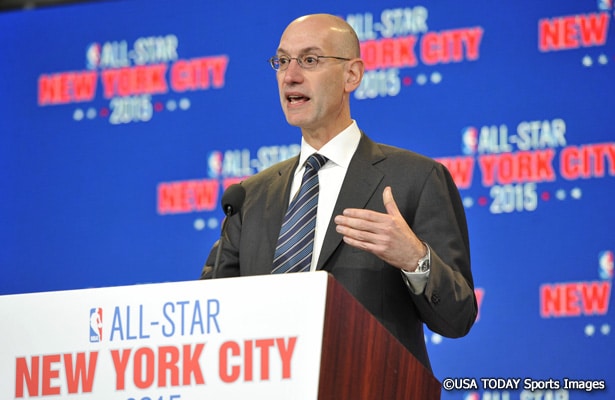 Of chief interest to hoops fans everywhere — the lack of movement on the issue of the age limit in the NBA, which was supposed to be among the “B issues” the league would work out with the union after agreeing to a new CBA in 2011. The age limit has been left dormant, though, set at 19 (the NBA asked that it be raised to 20) and apparently not moving until the league and union go to collective bargaining next time around.

Here’s what (NBA Commissioner Adam) Silver had to say:

On the age limit: “I think it would be much better for the game if the minimum age were 20 instead of 19. Having said that, I do understand the other side of the issue. While the Union has stated its view that they want to keep it at 19, we haven’t entered collective bargaining.  We haven’t sat across the table and discussed it with them.  We haven’t had an opportunity to present, in essence, our side of why we think it would be beneficial not just for the league, but for the players as well. So we’ll see. When we get into bargaining, I’m sure we’ll discuss it.”