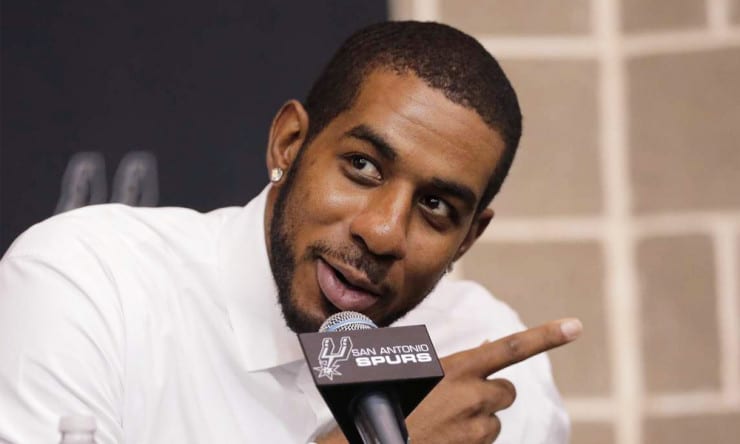 The night was “(a) little overwhelming because it doesn’t really hit you until you really go put on the jersey and then you go play,” Aldridge said. “I knew I was in San Antonio, but it doesn’t really hit you until you’re on the court trying to figure out how to run an offense again and things like that. But I think the process has been going well so far.”