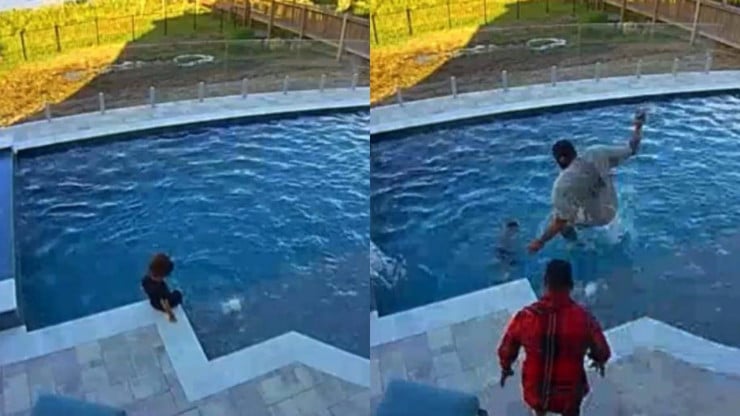 Philadelphia 76ers center Andre Drummond saved Deon, his two-year-old son, from drowning in his pool. Around family members, Deon was sitting on the cement ledge of the inground pool moments prior to falling in. The pool also appears to be at least six feet deep.

According to his Ring surveillance video, without a second’s hesitation, the six-foot-ten center jumped into the pool to save his son’s life. Then, Andre gave the child to a relative nearby. Drummond was shown giggling after he rescued him.

The 28-year-old player was also the one who released the video footage via Twitter. Afterwards, Drummond sent a tweet on Twitter to inform the general public that his son is just fine. One report suggests this incident occurred on Thursday, but it is unknown at this time.

On Twitter, Drummond tweeted, “NOT ALL HEROES WEAR CAPES…A parents worst nightmare….Feat my son & I.” At the end of the post, he also said, “No one was harmed in this video.”

No one was harmed in this video pic.twitter.com/POumiU9HGk