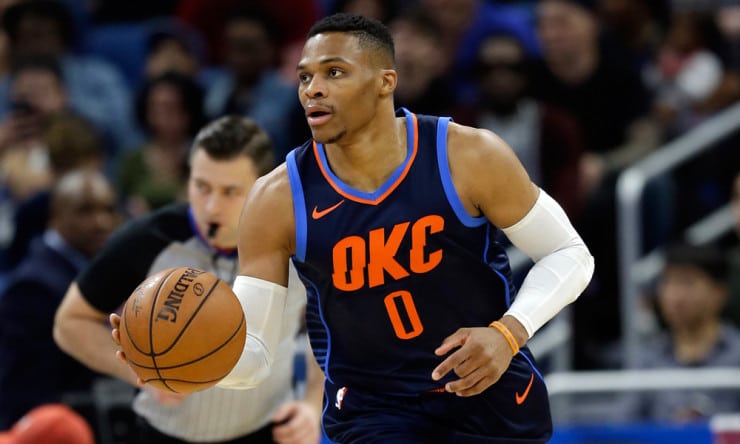 Russell Westbrook and Carmelo Anthony both sat out their second consecutive game with sprained ankles on Sunday, during the Oklahoma City Thunder’ 110-92 win over the Memphis Grizzlies.

Westbrook and Anthony were late scratches in both games, going through workouts prior to the Thunder’s game Thursday against the Los Angeles Lakers and Sunday’s game against Memphis. Their official status for Tuesday’s game against the remodeled Cleveland Cavaliers is unknown, with an update expected after practice on Monday.