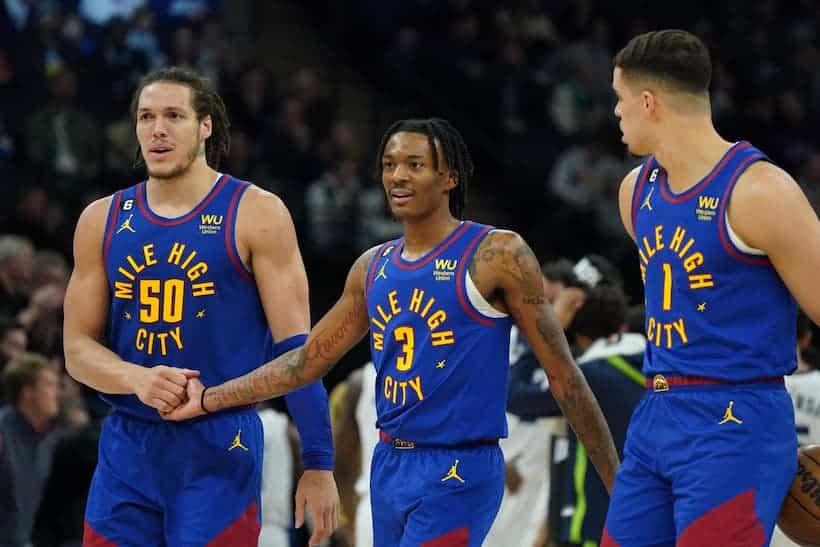 After just four games on in the league yesterday, our Friday night NBA slate had eleven different games to send you into the weekend. Airing on ESPN at 7:30pm tonight are the 25-13 Brooklyn Nets who will be in New Orleans to face the 24-14 Pelicans without Zion Williamson. Later at 9:00, the 25-14 Cleveland Cavaliers are on the road for a matchup with Nikola Jokic and the 25-13 Denver Nuggets. Wrapping up the evening at 10:00pm are the 20-19 Miami Heat who are in Phoenix against the 20-19 Suns.

Even after their loss to the Bulls on Tuesday, the Brooklyn Nets have still wont 12 of their last 13 games. The Nets have been scoring (124.7) points per game over their last three. Head coach Jacque Vaughn had found a way to get the most out of his players and it’s lead to a lot of success. Brooklyn are currently 1.5 games back from the Boston Celtics in first place in the East. Kevin Durant leads the Nets with (29.9) points per game. Injuries have played a large part in the New Orleans Pelicans season so far. Right now the team are without Zion Williamson and Brandon Ingram as they both rehab to get back on the court. They are 6-4 in their last ten and are coming off a win vs the Rockets, 119-108. This game will be nationally televised on EPSN at 7:30pm.

Coming into their game tonight, the Cleveland Cavaliers are 7-3 in their last ten and are on a three-game win streak. Donovan Mitchell (rest) will not play for the Cavs tonight and Darius Garland (thumb) is listed as questionable to play. Chances are Garland will play as the Cavs would struggle mightily without one of the two’s offensive production. Cleveland’s last game was a close 90-88 win vs the Suns. Ohio Sports Betting sites have the Cavaliers at (+1800) to win the Finals this season. Denver comes into the game vs the Cavs tonight as the first place team in the West, but by an extremely small margin. Nikola Jokic and the Nuggets are 8-2 in their last ten. He once again is at the top of the MVP conversation as he is .5 rebounds a game from averaging a triple-double.

Both the Miami Heat and Phoenix Suns come into their matchup tonight with a 20-19 record. Ironically there are both also the eighth seeds in their respective Conferences as well. Miami are 6-4 in their last ten, but are coming off an embarrassing 112-109 loss to a Lakers team without LeBron James or Anthony Davis. Luckily for them, their opponent may be struggling more than they have. The Suns are 3-7 in their last ten and are on a four-game losing streak. Devin Booker (groin) is out for at least another three weeks and Phoenix do not look like the same team when he’s not on the court. Since Booker has been out, players like Landry Shamet have lead the team in scoring two times already. It’s clear that Phoenix do not have any go-to scorers on the team without Booker.