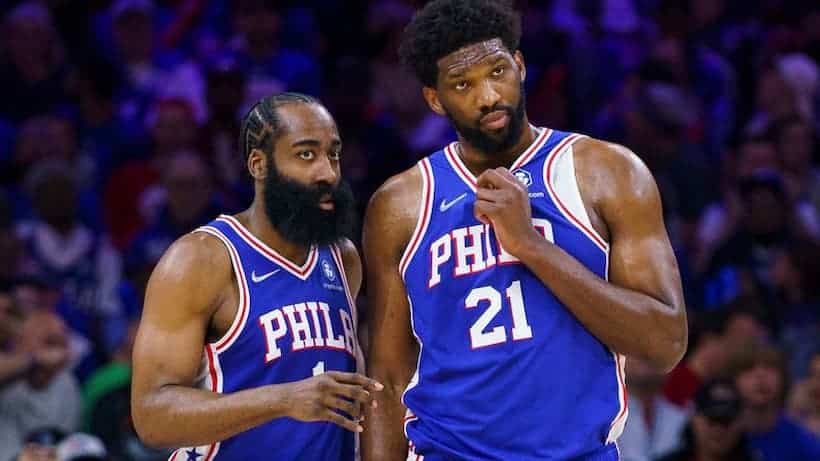 First off, Happy New Year to you and yours! It’s 2023 now and we’ve got a jam-packed Monday night schedule with eleven different games on tonight. Starting the day off with a very rare day game during the week are the 20-17 Phoenix Suns vs the 19-18 New York Knicks. The 23-13 New Orleans Pelicans will be meeting the 21-14 Philadelphia 76ers for the second time in three games. Wrapping up our night with a 10:30pm tip off are the 19-18 Miami Heat who are in LA to face the 21-17 Clippers.

The Phoenix Suns have are struggling to find consistent wins without their all-star SG Devin Booker. Without him this season, Phoenix are 2-6 and will likely be without him until the end of January. Head coach Monty Williams has his team at 4-6 in their last ten and they are on a small two-game losing streak. They’ve played their last four games on the road and that is where they will be again tonight. Julius Randle and the New York Knicks are 5-5 in their last ten games and have been hovering around .500 for most of the season. The addition of Jalen Brunson has been valuable for the Knicks. He’s a 20 points per game scorer and opens up the rest of the floor for the Knicks. It’s resulted in platers like Randle getting more wide open shots. This game will start at 3:00pm in the afternoon today. A rare day game during the week in the NBA.

For the first time in a long time, the Western Conference is as wide open as it’s ever been. Only one games separates the top three seeds in the Western Conference. The number three seeded New Orleans Pelicans are on the road tonight to face the Sixers. Zion Williamson and the Pelicans are 5-5 in their last ten games and he’s scoring a team leading (26.0) points per game. Brandon Ingram (toe) still remains out of the lineup. They’ll be facing an opponent that they played just two games ago in the Philadelphia 76ers. New Orleans took that game 127-116. Joel Embiid and the Sixers are 8-2 in their last ten and sit at fifth in the Eastern Conference. Embiid’s (33.2) points per game are the second most of any active player right now.

Jimmy Butler and the Miami Heat are on the road tonight and have been having some much needed success recently. The Heat are 7-3 in their last ten and have climbed back to seventh in the East. Miami has three 20 points per game scorers on their team in Tyler Herro, Jimmy Butler, and Bam Adebayo. Caleb Martin (quad), Duncan Robinson (hamstring), and Butler (knee) are all questionable for the Heat tonight. The LA Clippers are going to be coming into their game tonight with some anger after two close losses in their last two games. On Saturday night, the Clippers lost 131-130 on the road to the Pacers. Paul George had 45 points in the loss.