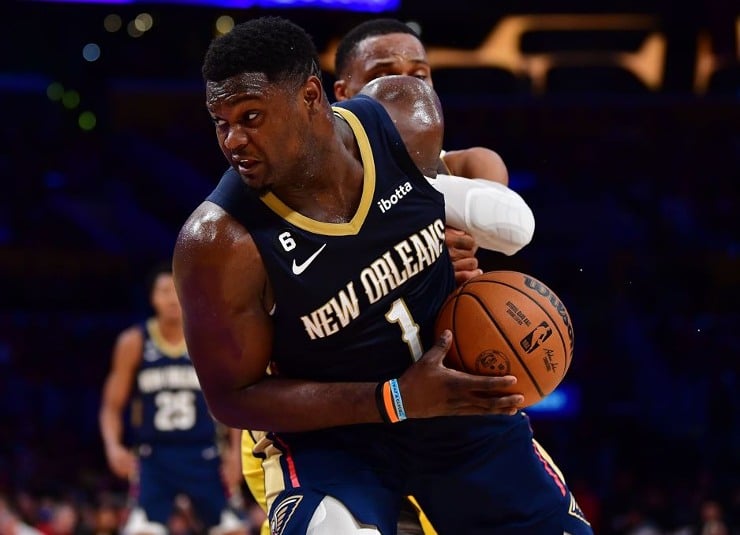 Our Monday night NBA slate has nine exciting games for fans to enjoy throughout the evening. At 7:00pm tonight, the 13-17 Toronto Raptors are on the road to face the 16-12 Philadelphia 76ers. Tipping off at 8:00pm are the 21-8 Milwaukee Bucks who will play a top seeded Western Conference team, the 18-11 New Orleans Pelicans. Wrapping up the night with a 9:00pm start are the 13-16 LA Lakers who will play Devin Booker and the 18-12 Phoenix Suns.

At 7:00 tonight, the Toronto Raptors will be on the road in Philly to face Joel Embiid and the 76ers. The Raptors are 2-8 in their last ten games and have lost the last five in a row. After missing a week due to injury, O.G. Anunoby is expected to return to the lineup at some point this week. Gary Trent Jr. is listed as day-to-day for the Raptors. Toronto are currently tenth in the Eastern Conference. For the Sixers, they are 7-3 in their last ten games and have won the last four in a row. Furkan Korkmaz (illness) is questionable to play for the Sixers tonight. Superstar Joel Embiid is having another incredible season for Philly. He’s averaging (33.3) points and (9.9) rebounds per game in the 20 games he’s played this season. The Raptors and Sixers have split the season series at 1-1 as of now, with one of the two taking the advantage after tonight.

As of today, the Milwaukee Bucks have an extremely slight lead over the Boston Celtics in the Eastern Conference. Milwaukee are 7-3 in their last ten games and have a 7-5 record on the road this season. Tonight the Bucks will have a tough matchup against the New Orleans Pelicans. Giannis Antetokounmpo leads the team with (30.6) points and (11.1) rebounds this season. The New Orleans Pelicans are 7-3 in their last ten games, but have lost three in a row. Zion Williamson and the Pelicans will be at home tonight where they hold a 12-3 record this season. Brandon Ingram (toe) will be out at least another week for New Orleans. Larry Nance Jr. is listed as day-to-day.

Even going 6-4 in their last ten, the LA Lakers still have a 13-16 record so far this season and are twelfth in the Western Conference. LeBron James and the Lakers will be on the road tonight where they hold a 5-9 record. Patrick Beverley (calf) missed last night’s contest vs Washington and Anthony Davis (right foot injury) will miss at least another month. Davis’ (27.4) points per game led the team so far this season. Devin Booker and the Phoenix Suns have fallen to fourth in the Eastern Conference after going 4-6 in their last ten. Phoenix is also on a two-game win streak. They will also be at home tonight where they are 13-3 this season. These two teams will meet for the second time this season. The Suns took the 115-105 victory on 11/22.