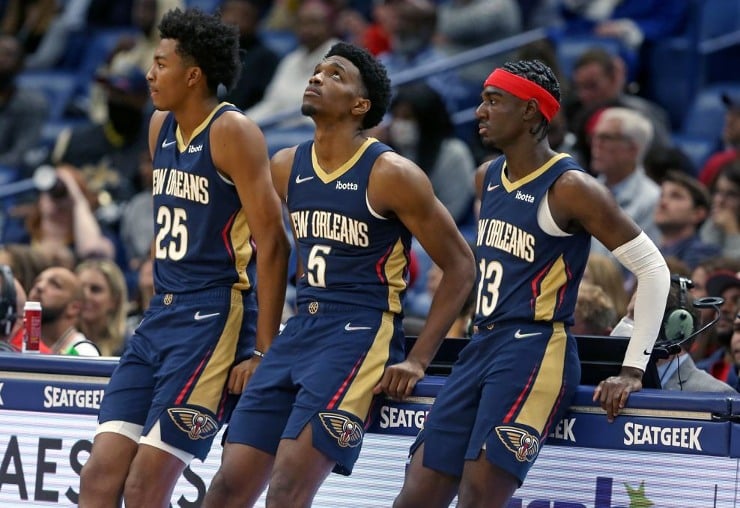 There are four games going on across the NBA tonight. Luka Doncic and the Dallas Mavericks look to get back on track after an embarrassing loss to the Magic last night. Meanwhile, the Charlotte Hornets and Miami Heat both desperatley need a win to try and gain some momentum. If you’d like to stream the games tonight, you can do so courtesy of JazzSports.

Luka Donic and the Mavericks lost to an Orlando Magic squad that was 2-9 coming into that game. He needs more help offensively if they want to win and be a contender down the line. Spencer Dinwiddie and Doncic were the only two Dallas players to score double figures for the team yesterday. A starter on their team played 26 minutes and scored zero points! Washington will not go down without a fight as they host the Mavs tonight. They’re 2-2 in their last four and have a tough next three games on their schedule.

The Atlanta Hawks are a top four team in the East to start the season with a 7-4 record. On Monday, the Hawks handed the Milwaukee Bucks their first loss of the season and Atlanta almost took down the one seed in the West last night. They lost 125-119 to the Jazz. Philadelphia is one game under .500 at 5-6 this season. The Sixers always have a strong team, but their biggest hurdle seems to be in the playoffs.

Charlotte has lost six games in a row and they patiently wait for the season debut of their all-star PG, LaMelo Ball. Scoring consistenty has been a major flaw for the Hornets. Ball averages 18.3 points per game for his career and the team could really use that scoring right about now. The Miami Heat are 3-4 in their last seven and have started slower than they’d hoped. They don’t look like the same team that was one shot away from winning heading to the NBA Finals last season. Both teams could use a win tonight.

The Blazers vs Pelicans is the only game tonight where both teams have a winning record. Portland is 4-2 in their last six games. New Orleans has been right around .500 this season with a 6-5 record. They went on an eight game stretch where they alternated wins and loses each game. Tonight will be a revenge game for Pelicans SG CJ McCollum. He’ll be facing his former team and you never want to lose to a team you previously played for.