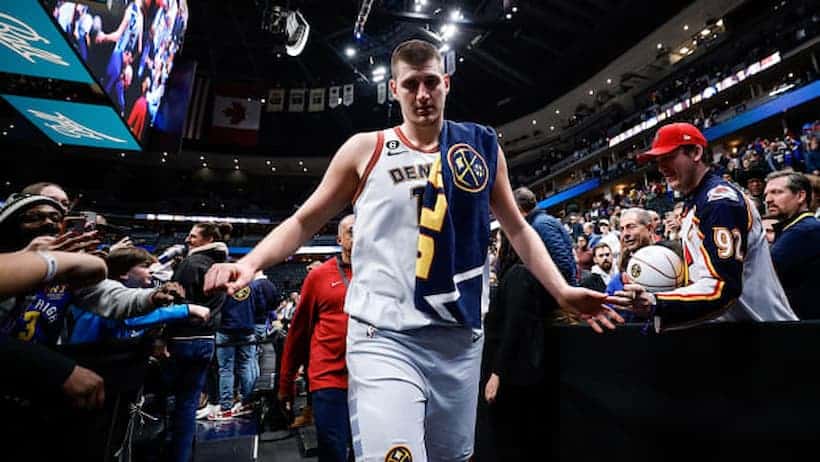 We’ve got a smaller NBA slate on tonight with just five games on across the league. Starting out night at 7:30pm are the 15-16 Golden State Warriors who will travel to the East Coast to play the 17-13 New York Knicks. At 9:00, the 11-20 Washington Wizards are in Phoenix to face Devin Booker and the 19-12 Suns. Wrapping up the night at 10:00 are the 19-10 Memphis Grizzlies who will face the 18-11 Denver Nuggets tonight.

Being aired nationally on TNT are the Golden State Warriors and the New York Knicks tonight at 7:30pm. The Warriors are 4-6 in their last ten games and have had the injury bug hit them. Superstar Steph Curry hurt his shoulder last week and is set to miss about a month and luckily will not require any surgery. Andrew Wiggins (groin) is unlikely to play against the Knicks tonight or tomorrow against the Nets. Golden State is eleventh in the Western Conference. For the Knicks, their season has been on the come up lately. They’ve won eight of their last ten games and are on a seven-game win streak. Four of their last seven games have been on the road. Obi Toppin (knee) is still out with a knee injury for the Knicks and could make his return shortly after the New Year.

The Washington Wizards are on the road tonight for a matchup with the Phoenix Suns. Washington has lost their last ten games in a row and 13 of their last 14. That puts them at twelfth in the Eastern Conference. Their team has three players who average over 20 points per game, but then there’s a drop off after that. They do not have a bench player that averages double-digit points per game. Phoenix have also seen their fair share struggles lately. Devin Booker and the Suns are 4-6 in their last ten, but are on a three-game win streak. A 19-12 record is good enough for third in the Western Conference. Additionally, Phoenix are an outstanding 14-3 at home this season.

Finishing our night off at 10:00pm are the Memphis Grizzlies who are on the road to face the Denver Nuggets. Over the weekend, Memphis took over first place in the Western Conference and have just a one game lead over the Nuggets and Suns. They’ve gone 8-2 in their last ten games and have had some very convincing wins in that stretch. Desmond Bane (toe) has yet to play for the Grizzlies since 11/11. Nikola Jokic and the Denver Nuggets will host the Grizzlies tonight a top-seeded showdown in the Western Conference. In their last ten the Nuggets are 6-4. On Sunday night, Jokic had a monster performance for the Nuggets with 40/27/10 in their win vs the Hornets. He’s been making his case for MVP again with his season he’s having for Denver. Jokic is extremely close to averaging a triple-double for the season.