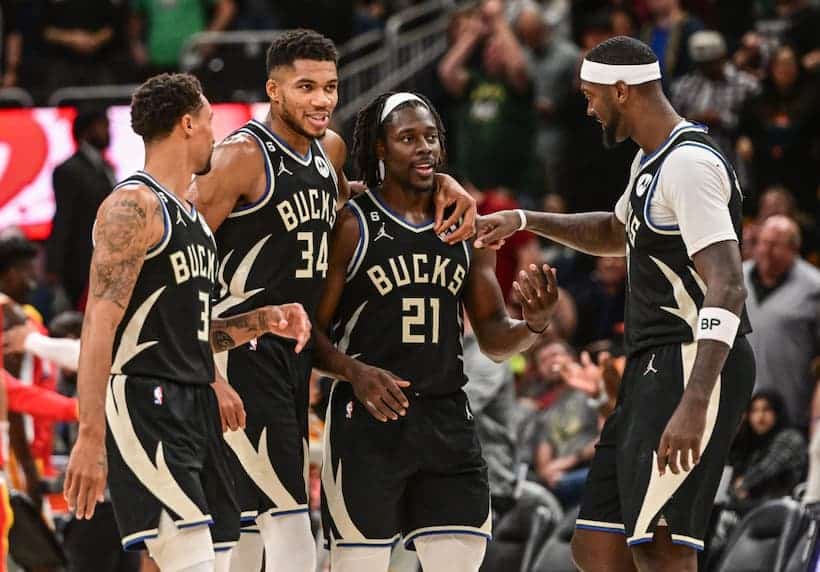 We’ve got a jam-packed NBA slate tonight for fans to enjoy throughout the evening with eleven different games on. At 7:00pm tonight, a battle between two top three teams in the East will happen when the 22-8 Milwaukee Bucks are on the road to face the 21-11 Cleveland Cavaliers. Later at 7:30, the 13-18 Toronto Raptors will be in New York to face the red-hot 18-13 Knicks. Wrapping up the night with a 10:00pm tip off are the 13-17 LA Lakers who are in Sacramento to face the 16-13 Kings.

An inner-division showdown between the Milwaukee Bucks and the Cleveland Cavaliers will happen tonight at 7:00. The Bucks are first place in the Eastern Conference with a half game lead on the Boston Celtics. Giannis Antetokounmpo and the Bucks have won seven of their last ten games and have an 8-5 record on the road this season. For Cleveland, they have also won seven of their last ten games and are on a four-game win streak. The Cavaliers have an outstanding record of 15-2 at home this season. Khris Middleton (knee) is doubtful to play for Milwaukee tonight.

Meeting up for another inner-division game are the Toronto Raptors and the New York Knicks. Toronto are 2-8 in their last ten games are on a six-game losing streak as well. They also have an awful record of 3-12 on the road and that’s exactly where they’ll be tonight. Gary Trent Jr. (quad) is questionable to play tonight. Taking on the Raptors tonight are the New York Knicks who are playing their best basketball of the season right now. New York are 8-2 in their last ten game and are on a eight-game win streak. They haven’t lost since 12/3. The Knicks are on the second game of a back-to-back tonight after beating the Warriors 132-94 yesterday.

You guessed it. We’ve got another inner-division matchup happening between the LA Lakers and the Sacramento Kings tonight. LeBron James and the Lakers are 5-5 in their last ten games. They’re trying to scrape by without Anthony Davis as long as they can. He’s going to miss at least a month, if not more with his right foot injury. The Kings are 6-4 in their last ten games and sit at sixth in the Western Conference. Harrison Barnes (quad) and Domontas Sabonis (left hand soreness) are both questionable to play tonight.