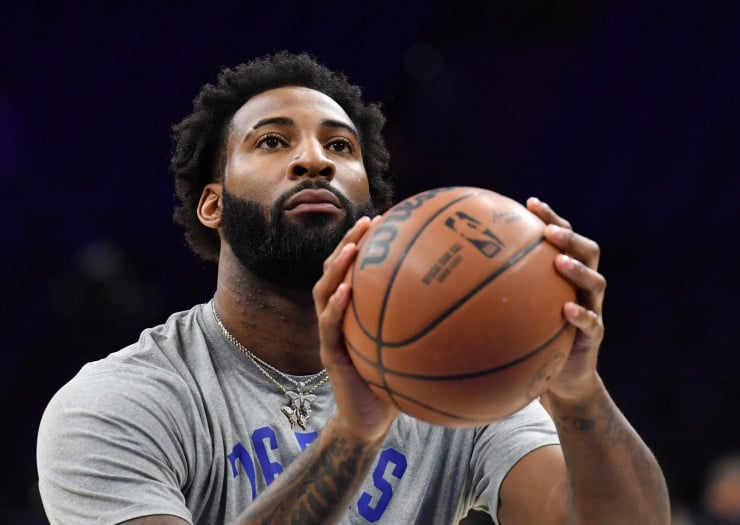 Monday night’s NBA basketball slate features eight games in total. There are a number of intriguing matchups to follow closely as well as several worthwhile opportunities for bettors to capitalize on. Basketball Insiders takes a look at the best NBA player props and free picks for the January 31st NBA betting slate. Odds for the picks can be found at BetOnline Sportsbook.

The Philadelphia 76ers are set to play tonight’s game without their MVP candidate, Joel Embiid. While it remains to be seen whether or not Philly can overcome his absence, the announcement that Embiid will sit for “rest purposes” opens up the door for bettors to consider NBA player props for Andre Drummond. Even though he has only played 18.8 minutes per game this season in a backup center role, Drummond has still excelled on the glass, averaging 8.8 rebounds per game.

Needless to say, with a significant bump in playing time expected for Drummond tonight, he should be in line to thoroughly exceed his season rebounding average. Drummond has also shown an ability to overcome reduced playing time when it comes to his rebounding tallies. He posted double-digit rebounding totals twice in the past five games despite not playing more than 13 minutes in either contest. Although tonight presents a tough matchup against a Memphis Grizzlies team that leads the league in Rebounding Rate, the expanded minutes should enable Drummond to clear the NBA player props total of 11.5 boards.

Over the past week, Jayson Tatum has done much more than exceed his scoring average of 26.2 points per game. In fact, he has cleared it by basically 10 points minimum in three of the last four games. Most recently, Tatum dropped 38 points on Saturday. That performance came just five days after he dropped 51 on Washington while shooting 18-28 from the field. That being said, the Wizards are a far cry defensively compared to the Heat team that Tatum and the Celtics must contend with tonight.

Miami enters the day ranked sixth in defensive efficiency this season. For what it’s worth, Miami’s average of 105.3 points allowed per 100 possessions is over four fewer than what Washington has allowed to date. Given the difficult matchup and the likelihood of general regression compared to his recent shooting performances, there are multiple reasons to like the under on Tatum’s NBA player props point total of 26.5.

Toronto Raptors star Fred VanVleet has dished out eight or more assists in each of his last four games played. Twice, he dished out a full dozen. On the season overall, the former Wichita State Shocker is averaging 7.0 dimes per contest. Compared to the NBA player props total of 6.5 for tonight’s contest, VanVleet is averaging one-half of an assist more per game. Thus, he would need to underperform relative to his standard by one full assist for the under on this NBA prop bet to cash.

The above scenario seems somewhat hard to fathom considering how bad the opponent Atlanta Hawks are on the defensive end. An average of 111.2 points allowed per 100 possessions ranks as the fourth-most of any team. Despite the fact that both the Hawks and Raptors play at relatively slow tempos compared to the rest of the NBA, Toronto figures to get theirs against such a leaky defense. It’s worth noting that some sportsbooks even list this prop one full assist higher at 7.5.