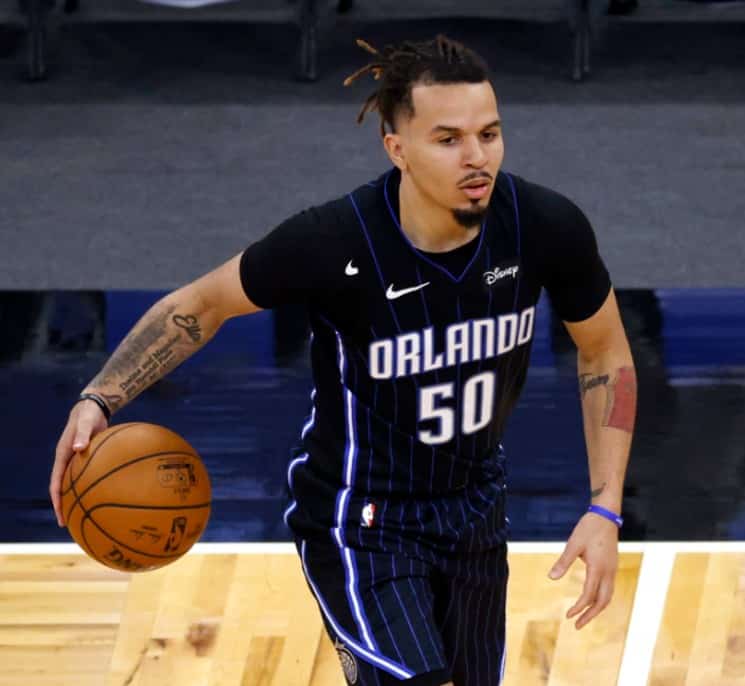 The Kings, who just scored a back-to-back win vs. the Clippers, opened with a 6.5-point handicap being the home favorite. BetUS.com expects a high-scoring ballgame after setting the total at a surprising 222.5 points.

In our advice on the top sports betting in Florida, we propose the finest bookmakers that take bets from US citizens.

In his latest article, Dan Savage of Magic.com writes about the work rookie Jaylen Suggs has been putting in to improve his overall game despite being sidelined with a fractured right thumb. Suggs, the no.5 overall pick in 2021 Draft, was averaging 12.3 PPG, 3.4 RPG and 3.6 APG before hurting his thumb.

“For me, the biggest part was still being around the team, hearing what the coaches are saying, being on the bench, and being engaged into the game. That was the biggest piece for me for wanting to come and hoping they’d let me come. Again, just continuing to build the camaraderie because I love to be around these guys,” Suggs said of his decision to keep working out with the team.

Kevin O’Connor of the Ringer believes the Kings might be looking into blowing up the core by trading De’Aaron Fox. The NBA scribe thinks the decision to select Tyrese Haliburton and Davion Mitchell may indicate a change of guards in the Kings backcourt could take place sooner than later. General manager Monte McNair took both Haliburton and Mitchell. Meanwhile, former front-office decision-maker Vlade Divac brought Fox and Buddy Hield via draft and trade, respectively.

On Monday, the Magic just suffered their 20th loss of the season at the hands of the Golden State Warriors, 126-96. Garry Harris tallied a team-high 17 markers, while Wendell Carter Jr. and Frank Wagner tallied 14 and 15 points, respectively. Orlando managed to stay within five points of the league’s best team at the end of the first quarter, 26-31. However, a second-quarter barrage by the Dubs blew the game wide open and the Magic never got a chance to close the gap.

Fearless Forecast: The Kings cruise to their third straight win by subduing the Magic in a double-digit win margin.

Bettors should expect Terrence Davis to carry over his fine play against the Magic game. The former Ole Miss standout has earned extended playing time since Alvin Gentry took over the interim head coaching job. Fox and Hield will also make a massive difference in the match, as they try to capitalize on Orlando’s incohesive backcourt.

Pick: Kings cover the spread and win outright. UNDER 222.5 points.