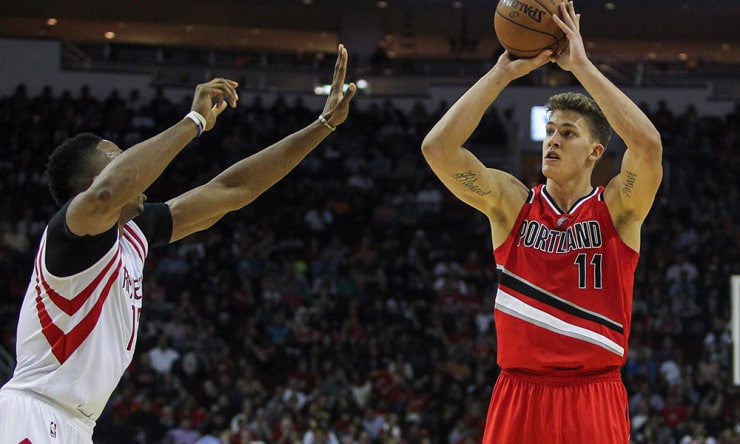 After a busy summer that included his wedding, some basketball and, last night, throwing out the ceremonial first pitch at a Hillsboro Hops game, Meyers Leonard is fired up for another NBA season.

And fired up to help Damian Lillard with leadership on this year’s team.

“Obviously, Dame and I are the guys who have been here the longest and he’s going to be our leader. But I hope to be right there by his side, kind of a co-leader, right there having his back through the ups and downs,” Leonard said Thursday night in Hillsboro.