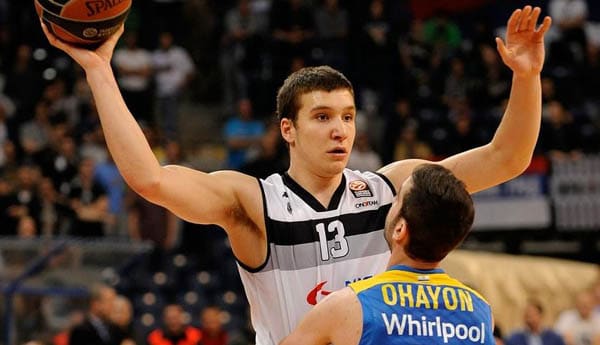 If he’s not coming to the NBA for two more years, why would he be in Phoenix a week before the draft to see the Suns?

Bogdan Bogdanovic was drafted by the Phoenix Suns with the 27th pick a year ago. He wanted to come to the NBA that year, but wasn’t ready yet and agreed to get seasoning overseas with one of the best teams in Europe until he was ready. Now, he’s developed so quickly that he can make big money overseas until he’s free of the rookie-scale contract terms of the NBA.

But here he is, Suns fans. In the Valley. Taking in a D-Backs game. With potentially his future head coach Jeff Hornacek and the Suns Assistant GM Pat Connolly.

Source: Dave King of Bright Side Of The Sun