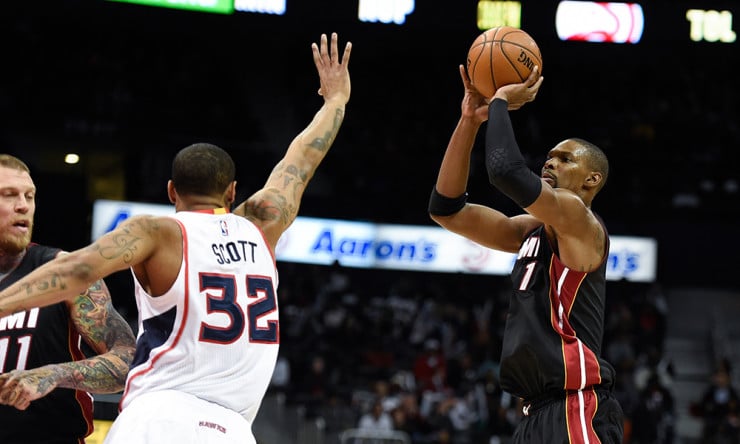 Chris Bosh scored 21 points in his return after being forced to the sideline last February because of blood clots and pneumonia, and the Heat took control with a 26-6 run fueled mostly by reserves in the second quarter and held on late to beat the Charlotte Hornets 104-94 in the season opener for both teams on Wednesday night.