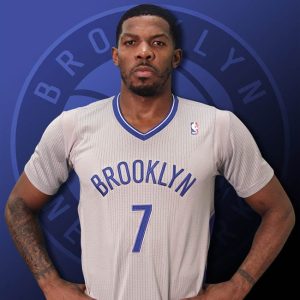 The short-sleeve, v-neck jersey features a grey body with blue piping and trim line, and a signature blue Brooklyn wordmark across the chest. An image of the Brooklyn Blue Nights jersey is attached.

The Brooklyn Blue Nights jersey, along with t-shirts and hats, are currently available for adults and kids at the Nets Shop by adidas at Barclays Center and on NetsStore.com.

As part of the theme, David Dalrymple will design costumes for the Brooklynettes to wear during the game. Dalrymple has created outfits for many of the leading women in entertainment, including Beyonce, Pink, Mary J. Blige, Jennifer Lopez, and the dancers on Madonna’s world tour.

“Blue is one of the official colors of Brooklyn, so we are proud to connect the Nets with the borough’s storied tradition,” said Brett Yormark, CEO of the Brooklyn Nets and Barclays Center. “We are honored to pay homage to our home borough.”