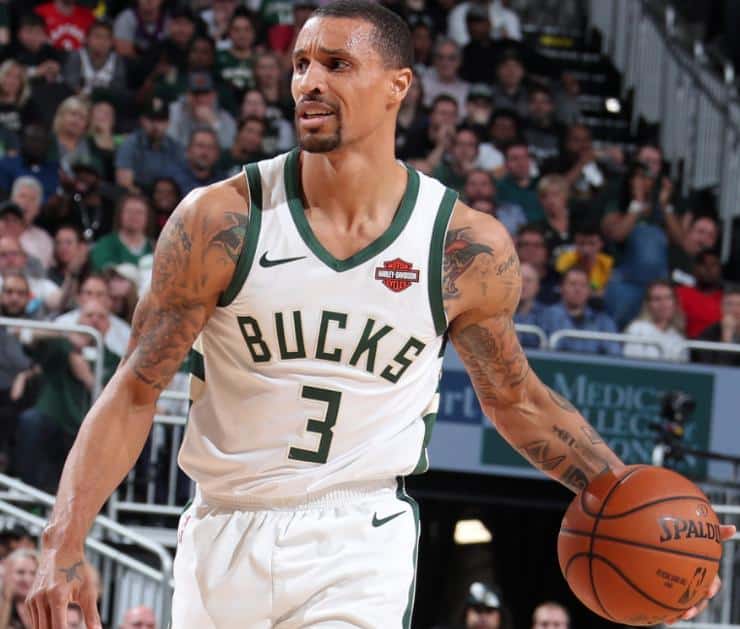 On Friday, Oct. 8, 2021, the Milwaukee Bucks are playing the Brooklyn Nets. This is the second preseason game of the 2021-22 NBA season for both competing teams. BetOnline betting odds are featured down below for tonight’s game.

Next, leading into tonight’s inner-conference matchup, the Bucks are 3-0 in their past three head-to-head games played against the Nets. On Jun. 19, 2021, the latest meeting, Milwaukee won 115-111 in overtime in Game 7 of the Eastern Conference Semifinals series. Of course, that was last season. It has no barring on preseason games for this season.

Additionally, Kyrie Irving has been officially ruled out for this game because of New York’s COVID-19 vaccination mandate. He will not be allowed to play in any home games at the Barclays Center. Not to mention, stemming from mandates in San Francisco and Los Angeles, he might not be allowed to play at the Staples Center or Chase Center, either. That includes the Lakers, Clippers and Warriors.

Nets listed Kyrie Irving as out/ineligible for Friday’s preseason game vs. Bucks. It marks the first home game Irving will miss due to NYC’s vaccination requirement.

Milwaukee will be missing a lot of players tonight. Giannis Antetokounmpo, Khris Middleton and Donte DiVincenzo are out. In addition to the list, Rodney Hood, Bobby Portis and Semi Ojeleye are also out. While Jrue Holiday is listed as doubtful, Grayson Allen is listed as questionable to play.

Equally important, for the Nets, Kyrie Irving is listed as ineligible to play for the reason listed above. Besides Irving, the rest of the players are eligible to participate. However, Kevin Durant and James Harden are not active.

On Tuesday, the Bucks lost 87-77 against the Grizzlies. During the third quarter, the game was stopped and then canceled after a water sprinkler was set off, which turned on the fire alarm. Anyways, in Milwaukee’s 10-point loss, forward Jordan Nwora scored a team-high 16 points in 23 minutes on the court.

Likewise, guard Grayson Allen, who was traded to the Bucks from the Grizzlies on Aug. 6, ended his performance with 13 points, 3.0 rebounds and 1.0 assist in 17 minutes played. Aside from getting out-rebounded 42 to 35, the only other clear statistic that led to the Bucks loss on the road was their low shooting accuracy. They were 31-for-74 (41.9%) from the field.

Meanwhile, on Sunday, the Nets blew out the Lakers 123-97 at the Staples Center. Although this was just a preseason game, the bench players and rookies played excellent. Cameron Thomas led Brooklyn in scoring, putting up 21 points in 22 minutes on the court. David Duke and Day’Ron Sharpe contributed 13 points a piece as well. They held the Lakers to 19 points in the opening quarter and 16 points in the fourth quarter.

Moreover, the Bucks put up 77 points against the Grizzlies, whereas the Nets scored 123 points versus the Lakers. That is a combined total of 200 points. Therefore, this game will likely have a higher score, considering both teams are loaded with talent. The total for this exhibition game is set at 218.5. In other words, it would be wise to take the over.

Another important factor to consider are notable betting trends. The Nets are 13-4 against the spread in their past 17 games played. Keep in mind, these statistics do not include preseason games, and the recordings dates back to last season. Plus, the total has gone under in five of the team’s previous five games played on the road versus Milwaukee. Though, with preseason, this could be higher scoring.

In summary, pick the Nets to win at home; the total will go over 218.5. The Nets are seven-point favorites with BetOnline.