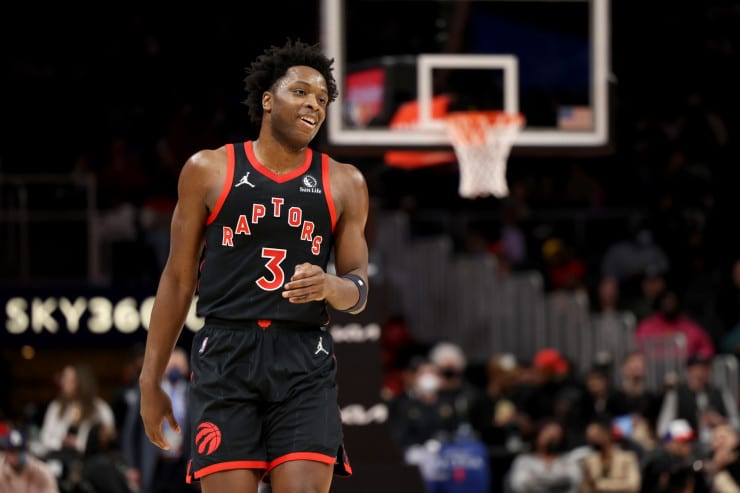 Toronto Raptors host the Eastern Conference leaders, The Chicago Bulls, tonight in this Eastern Conference matchup. Let’s take a look at the top NBA picks and betting trends, as well as the starting lineups for tonight’s Bulls vs Raptors game.

Chicago come into this game as the leaders of the Eastern Conference. The East is an incredibly tight affair at the moment with only 3.5 games separating The Bulls in first and Brooklyn in sixth. Chicago have a one game advantage over Miami who take on San Antonio tonight.  The Bulls will know the importance of a win tonight to keep the pressure on Miami.

The Bulls have won four of their last five games and are led by All Star Starter, DeMar DeRozan, and his 26.5 points per game. DeRozan is shooting better than 50% from the field and 85% from the Free Throw line. DeRozan has rightfully been included as a Starter for the All Star game in Cleveland and is putting up a good argument for himself to be involved in the MVP conversation.

Chicago will be without Lonzo Ball and potentially Zach Lavine who is currently listed as a game time decision after a back injury.

Toronto have only lost one of their last five games – that loss coming against tonight’s opponents in late January. The Raptors currently sit 8th in the East however they are only 2 games behind Brooklyn who occupy the sixth seed. After Brooklyn’s loss last night to the Sacramento Kings, Toronto will be desperate for a win to keep their hopes alive of an automatic Playoff spot.

The Raptors are led by Fred VanVleet who is averaging 21.5 points and 7 assists per game so far this season.

The ESPN Matchup Predictor is in favour of a Toronto Raptors victory. The team over at ESPN give the Raptors a 66% chance of victory which I feel is pretty generous.

Chicago will be hoping that they will have star Shooting Guard, Zach Lavine, available tonight to lend All Star DeMar DeRozan a hand. DeRozan has carried this Bulls team for parts of the season when both Lavine and Lonzo Ball have been absent with injury.

It should be a close game and the bookmakers believe the same. They have Toronto as favorites but not by much. I reckon this one will be close but the Raptors will be out for revenge after losing the last matchup against the Bulls.