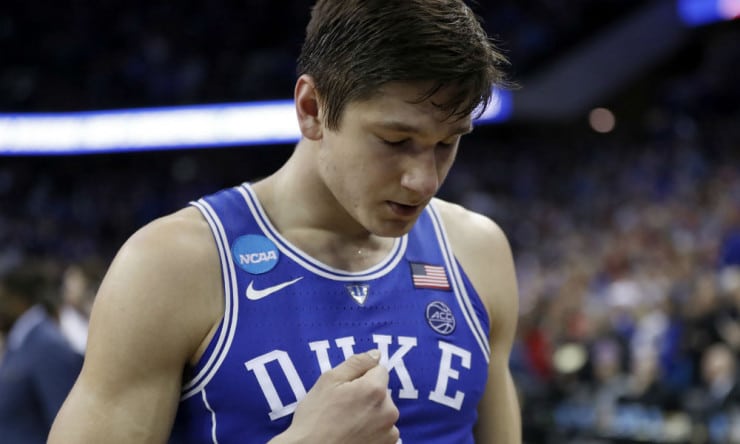 The Duke Blue Devils are set to take on the Cal State Fullerton Titans on Friday at 7:10 EST. This game will be played at the Bon Secours Wellness Arena. Duke is going to be coming in with a number 2 seed after finishing 28-6 on the regular season. Cal State Fullerton on the other hand is going to be coming into this one as a number 15 seed after going 21-10 and winning the Big West tournament.

The Duke Blue Devils and the Cal State Fullerton Titans are set to meet on Friday. Duke should be able to take care of business in this one, but we have definitely seen crazier things happen in this tournament before.

The Duke Blue Devils are going to be coming into this one trying to advance to the next round and have Coach K’s career not end in a major upset. All that Duke is worried about at the moment is trying to secure the March Madness title for their legendary head coach.

They’re going to be coming into this one after a disappointing loss against the Virginia Tech Hokies in the ACC tournament, as Duke lost 82-67. Paolo Banchero led the way with 20 points, but the rest of the team was unable to step up.

The Cal State Fullerton Titans are an interesting team. They play in the Big West Conference, and although that is a pretty good mid-major conference, it’s certainly nowhere near the ACC. However, with this being March Madness, we can never really count out an underdog. Duke is the clear favorite in this one, but Cal State Fullerton is going to do everything that they can to at least make it tough on this Blue Devils team.

Cal State Fullerton is going to be coming into this one after an impressive win against the Long Beach State 49ers in the Big West Tournament Championship. They were able to win by one point in that game as EJ Anosike led the way with 22 points.

For this game, I’m going to go with the Duke Blue Devils to cover the spread. Although I usually don’t like taking big spreads in the March Madness Tournament, I think that Duke has a really good chance of not only covering this spread, but winning the entire tournament.

With this being coach K’s last ever March Madness Tournament, Duke should be coming out in this one ready to take care of business and advance to the next round.

Get free March Madness bets for the Duke vs CSU-F game at BetOnline below.