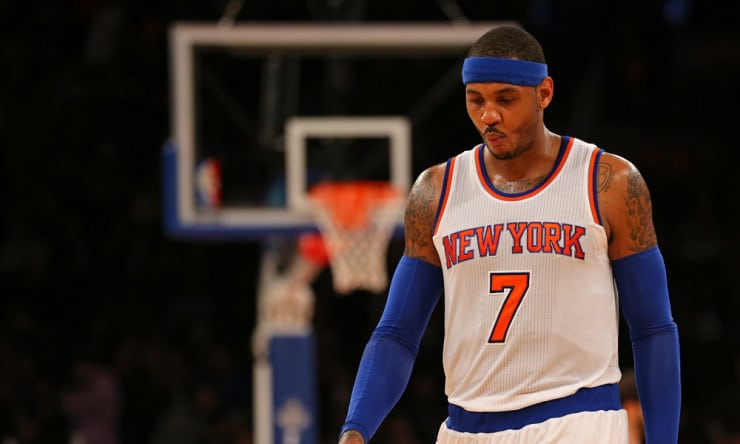 Carmelo Anthony took the high road in response to former NBA coach George Karl’s criticism of him during their time together with the Denver Nuggets.

“I just hope that he finds happiness in what he’s doing. His book, hopefully, will bring him happiness,” Anthony said Thursday night, adding that he isn’t disappointed by Karl’s remarks.

“I’m past being disappointed,” he said.

“It’s irrelevant to me. It’s irrelevant at this point,” Anthony said. “The truth of the matter is everybody else is kind of speaking up for me from their own experience. So I really don’t have to speak on it.”