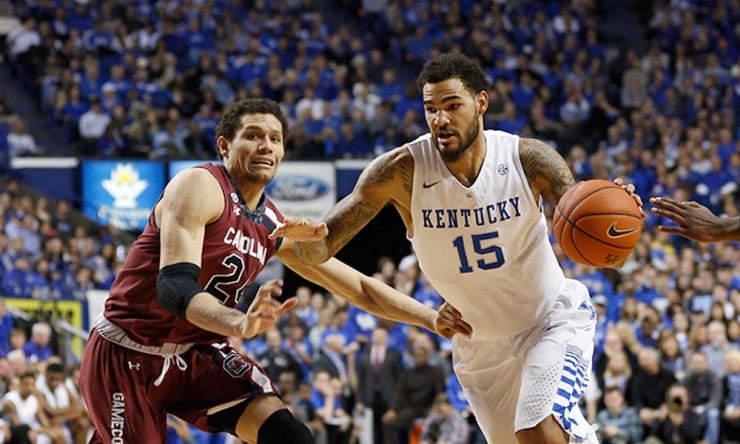 Steve Sterby: Why do you consider yourself the best player in the draft?

Willie Cauley-Stein: Because nobody plays both sides of the ball. I mean, they do, but I feel like most people care about offense and then play defense ’cause they have to. I take pride in defense, and will play offense when I have to. Everybody overlooks my jumper, which if we went to the gym right now, you would be impressed with my jumper, or handling skills. I could do a lot of different stuff on the court that nobody knows about. If I was on a trash team, I could have took 20 shots a game, and averaged these crazy numbers, but don’t have to do that, so it’s just not part of you. But at the next level, you’re going to be on a team to produce, so I feel like that’s when it’s going to come in. I think people are going to be shocked.

Willie Cauley-Stein: By the offensive game that I have. And it’s going to drive me. I want people to eat their words and say that they were wrong about me.