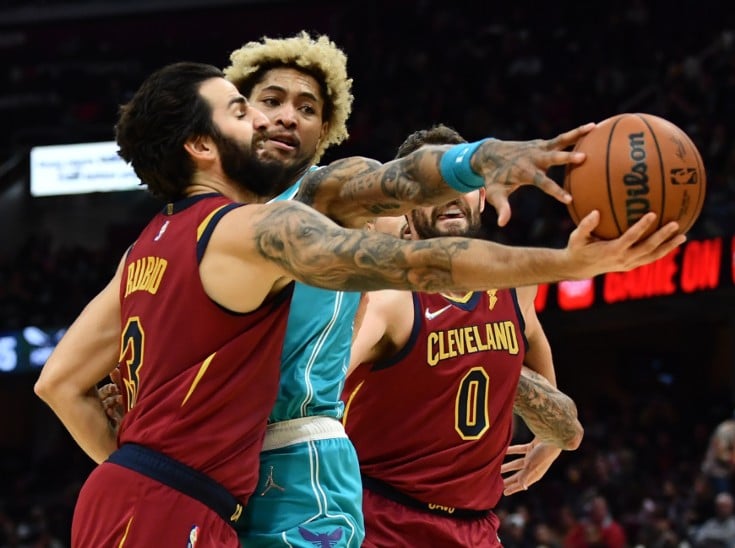 In tonight’s Eastern Conference rematch, the Cleveland Cavaliers (31-21, 31-19-2 ATS) are facing off versus the Charlotte Hornets (28-24, 31-21 ATS); NBA picks are featured here. Will LaMelo Ball and the Hornets end their two-game skid? Including the starting lineups, our top NBA picks and betting trends are posted below.

All Cavaliers vs Hornets betting odds can be found at BetOnline

Furthermore, in the Cavaliers’ 115-104 upset road loss versus the Rockets on Wednesday, forward Evan Mobley finished his performance with one more double-double. He amassed 29 points, 12 rebounds and 2.0 assists in 36 minutes on the court. Kevin Love earned another double-double, too, accumulating 21 points, 13 rebounds and 3.0 assists in 29 minutes played. Cleveland has won seven of its previous 10 games. Counting this loss, the team is 15-12 away, 16-9 at home and 15-10-2 ATS on the road.

As for the Hornets, on Wednesday, in their 113-107 road loss against the Celtics, guard LaMelo Ball scored a career-high 38 points in 39 minutes of action. Guard Terry Rozier closed out his night with 23 points, 5.0 rebounds and 4.0 assists in 41 minutes played. Charlotte has won five of its past 10 contests. On top of their two-game losing streak, the Hornets are 14-8 at home, 14-16 away and 15-7 ATS at home this season.

Referring to ESPN’s Basketball Power Index, the Hornets have a 60.5% chance of winning.

Considering other head-to-head matchups, in the last three meetings, the Hornets are 2-1 versus the Cavaliers. On Nov. 1, 2021, the second meeting during this regular season, Cleveland won 113-110 at Spectrum Center. However, the Hornets defeated them 123-112 at Rocket Mortgage FieldHouse on Oct. 22, 2021.

In other news, Hornets’ forward Gordon Hayward was upgraded to questionable for tonight’s game. Due to a left ankle sprain, forward Jaden McDaniels was also downgraded to out. Besides injuries, another top story concerns the 2022 All-Star Game. Neither LaMelo Ball nor Miles Bridges were selected. Draymond Green believes that neither player was selected because the players split votes.

Leading into this intraconference rematch, Charlotte is a five-point favorite. The Hornets are not expected to have Gordon Hayward, and the Cavs are missing several notable players as well. Cleveland has to overcome the losses of Ricky Rubio, Lauri Markkanen and Collin Sexton. So, contemplate picking the Hornets to win, the Cavs will cover the spread and the total will go under 219.5. If you have never placed a bet, feel free to check out our handicap betting guide. Other NBA Picks are on the main page.