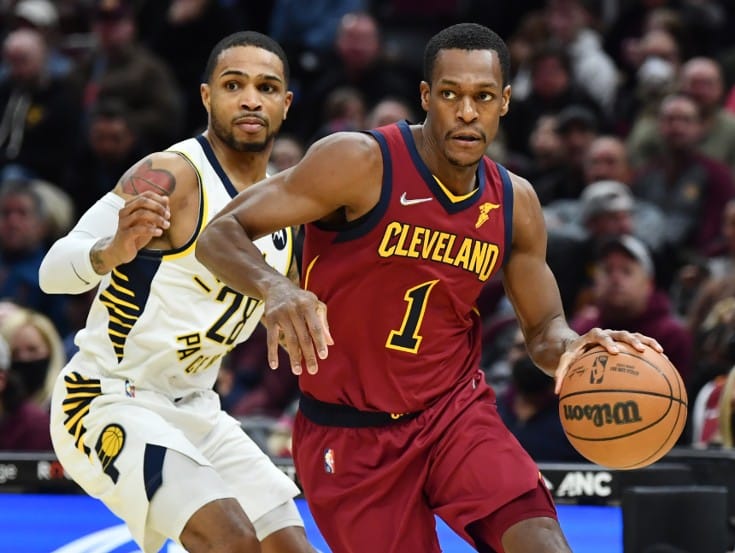 In Friday night’s Eastern Conference rematch, the Cleveland Cavaliers (34-21, 34-19-2 ATS) are striving to defeat the Indiana Pacers (19-37, 26-28-2 ATS); NBA picks are available here. Will Darius Garland and the Cavs earn their third consecutive win against the Pacers? In addition to the starting lineups, our top NBA picks and betting trends are featured below.

All Cavaliers vs Pacers betting odds can be found at BetOnline

Additionally, in the Cavaliers’ 105-92 home win versus the Spurs on Wednesday, guard Darius Garland scored a team-high 27 points in 30 minutes of action. Forward Evan Mobley ended his showing with another double-double, amassing 18 points, 12 rebounds and 2.0 assists in 33 minutes played. Cleveland has won seven of its previous 10 contests. Along with their three-game winning streak, the Cavs are now 16-12 away, 18-9 at home and 16-10-2 ATS on the road.

Furthermore, on Tuesday, in the Pacers’ 133-112 road loss against the Hawks, forward Chris Duarte led his team in scoring with 25 points in 35 minutes on the court. Guard Lance Stephenson finished his outing with 24 points, 9.0 rebounds and 8.0 assists in 34 minutes played. Indiana has won just two of its past 10 games; the Pacers are on a four-game skid. They are 13-15 at home, 6-22 away and 14-13-1 ATS at home this season.

Referring to ESPN’s Basketball Power Index, the Cavaliers have a 64.5% probability of winning.

Concerning other head-to-head meetings, in the last three matchups, the Cavs are 2-1 versus the Pacers. On Feb 6, 2022, the second time these teams faced off during this regular season, Cleveland won 98-85 at Rocket Mortgage FieldHouse. The Pacers have not defeated them since May 10, 2021, when they won 111-102 on the road.

On another subject, before the NBA trade deadline on Thursday, the Pacers traded Torrey Craig to the Suns. In exchange, they received a former lottery pick and a second-round draft pick. Plus, the Pacers cleared up a total of $5 million in cap space for the 2022-23 season. While this move helps the organization, they have six centers on the roster.

Torrey Craig is returning to the Suns after another trade by the Pacers — acquiring a former lottery pick + a second-round pick.

They opened up $5 million in cap space for next season, but now have six centers on the roster.https://t.co/B5qhTdKZ2r

Moreover, leading into this rematch, Cleveland is a 7.5-point favorite. If Hield and Haliburton end up playing against the Cavs, the Pacers would have a higher chance of an upset. Malcolm Brogdon is expected to play, too. All things considered, contemplate picking the Cavs to win, they will cover the spread and the total will go over 213.5. If you want to learn more about sports betting, study our handicap betting guide. Other NBA Picks are on the main page.