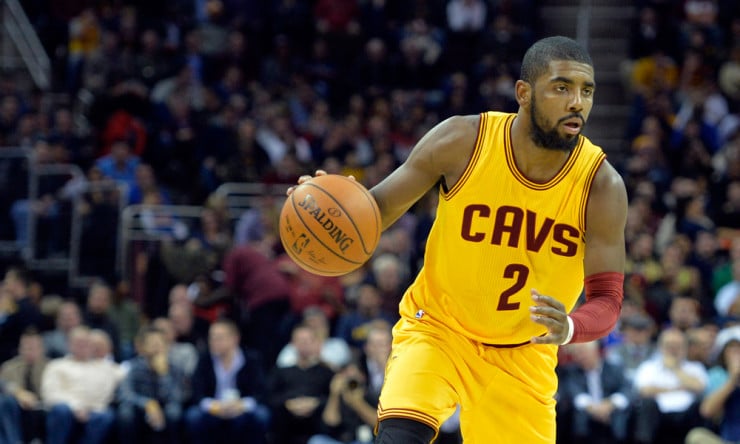 Kyrie Irving was on the court after Cleveland Cavaliers practice Sunday, whipping passes to teammates who were participating in a shooting drill and later tossing up a few shots of his own.

“He’s gradually increasing his workload, but I can’t say that particular period (after the Sixers game) will be significant in terms of his on-the-court work with the whole team,” Blatt said Sunday. “He’s gradually increasing his workload, and we’ll take him through the process necessary to get him back on the court with everybody.” When asked for specific examples of Irving’s advancement, Blatt replied, “Right now, I don’t have any. I don’t.”