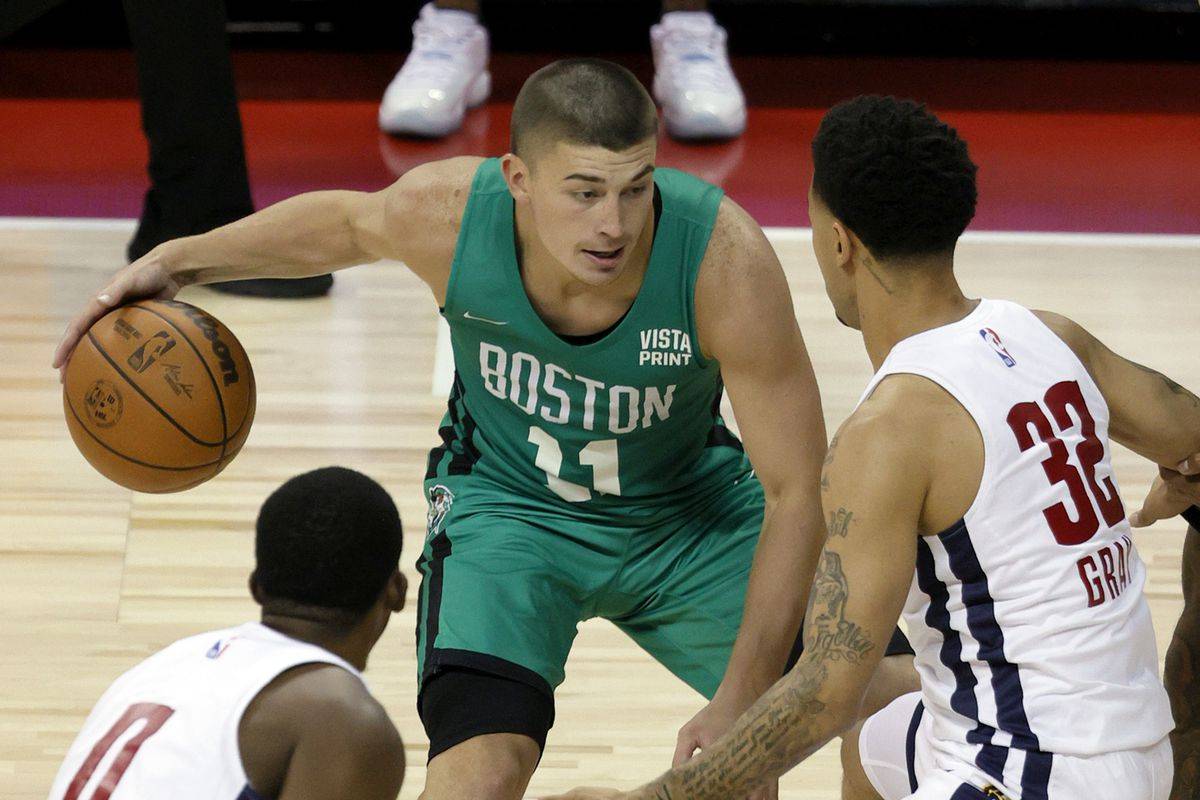 In tonight’s 2021 NBA Summer League Championship in Las Vegas, the Boston Celtics will play against the Sacramento Kings. Both teams are entering the finale undefeated at the Thomas & Mack Center. While the Minnesota Timberwolves and New Orleans Pelicans are also undefeated, the Celtics and Kings are competing for the championship due to their high-point differentials. The game will air tonight at 9:00 p.m. (EST) on ESPN. The title game can also be streamed live via Sling TV, Hulu + Live TV, YouTube TV and fuboTV. A free seven-day trial is offered through fuboTV, YouTube TV and Hulu + Live TV.

To open their 2021 Summer League, the Boston Celtics defeated the Atlanta Hawks 85-83. Payton Pritchard led the team on the stat sheet, accumulating 23 points, five rebounds, five assists and two steals. Carson Edwards also ended his performance with 17 points, eight rebounds and six assists as well. The Celtics have been averaging a point differential of 21 points throughout the Summer League tournament. Likewise, the Kings have been defeating their opponents by an average of 13 points per game. On Aug. 14, Boston defeated the Philadelphia 76ers 100-80. In 15 minutes played, Zach Auguste finished his game with 18 points, six rebounds, two assists and two steals. Edwards had 16 points, five rebounds, seven assists, two steals and two blocks in nearly 32 minutes played.

Their 30-point third quarter sealed the deal, considering the 76ers were held to only 14 points in the same quarter. On top of the Celtics’ 41 bench points, their largest lead against Philadelphia was by 41 points. The Sacramento Kings defeated the Dallas Mavericks 86-70 to improve to 4-0. The Kings outscored the Mavericks 28-17 in the last ten minutes of the game. Louis Kings closed out the team’s 14-point victory with 18 points, two rebounds, two assists and three steals in 23 minutes played. Ranking second in points scored for Sacramento, Emmanuel Terry walked off the court with 13 points and eight rebounds in 19 minutes played. They dominated the fourth quarter against Dallas, scoring 28 points and finishing strong. The Kings’ bench players scored a combined total of 45 points, while holding the Mavs’ bench players to just 15 points.

Point guard Pritchard is averring 20.3 points, 4.7 rebounds and 8.7 assists in three Summer League games played for Boston. For something else to consider, the Kings’ Chimezie Metu was suspended yesterday after punching Mavericks’ forward Eugene Omoruyi in the face with 3:03 remaining in the fourth quarter of the game. Boston is not a team with distractions like this right now. They are simply the more disciplined team. Not to mention, Aaron Nesmith is averaging 18.8 points per game and even scored a team-high 33 points versus the Denver Nuggets.

Having said all of this, one main factor multiple bettors could be forgetting is Sacramento’s ability to hold teams to less than 75 points. They are quite possibly the best defensive team in the Summer League. Louis King is leading the Kings in steals, averaging 2.8 per game. While Davion Mitchell is averaging 11.2 points per game, Jahmi’us Ramsey is leading the team in points, with 16.2 per game. Expect the Celtics to win, but this will likely be a low-scoring performance for both teams. Some oddsmakers are expecting the total to go under 173.