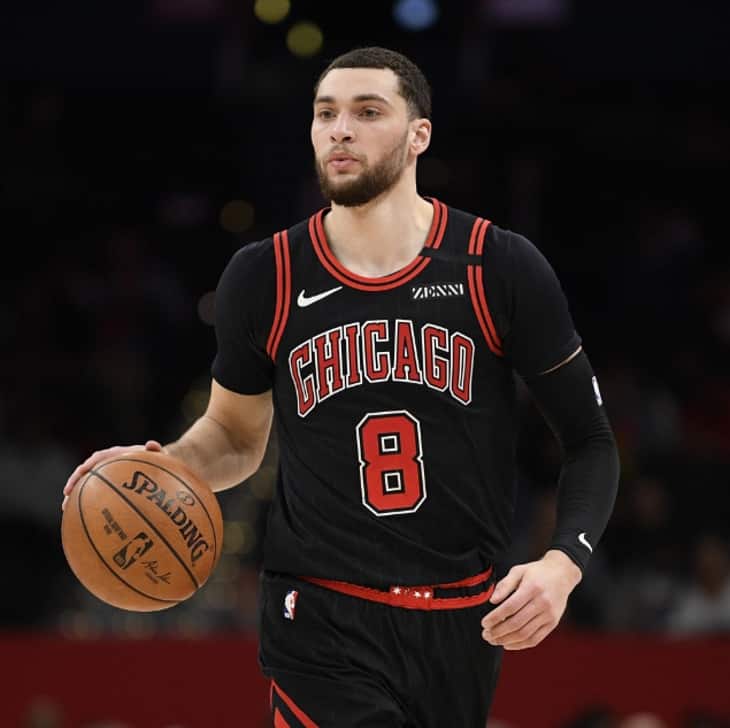 BetUS.com, a leading sportsbook in the United States, surprisingly put the Bulls as slight 1.5-point underdogs heading into their fourth stop of a challenging Western Conference road swing. The Blazers might be struggling to string up consecutive wins but have proven to be tough customers on their home floor, as shown by their 6-1 record.

Rob Schaeffer of CNBC Sports Chicago published a piece on Wednesday, detailing Derek Jones Jr’s acclimatization of his new role with the Bulls after the Blazers shipped him to Chicago as part of a three-way trade that also involved Larry Nance Jr. and Lauri Markkanen. After spending most of his first three weeks on the bench, the lanky 6-foot-5 wingman has now cracked into Billy Donovan’s rotation mainly due to the absence of Nikola Vucevic (Covid-19) and Patrick Williams (Season-ending thumb injury). On Tuesday, Jones delivered his best performance this season against none other than the Los Angeles Lakers, tallying 13 points on 85.7 percent FG shooting while covering multiple assignments on the defensive end. Asked about his thoughts on playing the Blazers, his former team, Jones said:

“I mean, I was happy last season until the things happened that happened. But it really doesn’t matter anymore. What happened is the past. I’m just happy where I’m at right now, I’m trying to live in this moment and just be the best version of me that I can be,” Schaeffer told CNBC Sports.

The Blazers, meanwhile, are looking into the possibility of tweaking their lineup to address the up-and-down trend. Larry Nance Jr. and Nasir Little Jr. have emerged as possible additions to the starting lineup after putting up noteworthy numbers over the last few games. The Church of Roy podcast hosted by Brian Wilcox and Steve Dewald discussed how Nance and Little worked their way up to earn significant playing time, and what kind of impact they will bring on the starting lineup.

After they were bombarded by the Warriors 119-93 at the start of their road trip, the Bulls booked back-to-back victories against the two L.A teams. These serve as morale-boosting wins for a team that seems poised for a deep postseason run this season. In the win against the Lakers 121-103, the Bulls’ newly-anointed Big 3 showed up as DeMar DeRozan (38 pts), Zach Lavine (26 pts) and Lonzo Ball (27 pts) all pumped up huge numbers in the winning cause.

The Blazers, meanwhile, avoided a back-to-back setback after securing a hard-earned 118-103 wins over the Toronto Raptors. Damian Lillard returned from a one-game injury layoff to tally 24 points and eight assists. CJ McCollum also fired for 29 points on 11-for-18 shooting and Nance Jr. added 15 off the bench. The Blazers seemed on their way to a double-digit win after building a 13-point advantage at the 7:20 mark of the fourth quarter. However, the Raptors sprung a comeback run and came within one point, 111-112 with 1:51 left in the game. Thankfully for the Blazers, they managed to convert crucial free throws down the stretch to secure the win.

The Bulls are going to bet the Blazers to extend their winning streak to three games. While Portland has been terrific on their home floor, Chicago has all the momentum in the world right now. The All-Star showdown between Zach Lavine and Damian Lillard will be fun to watch, but the Bulls have more firepower in their artillery to outslug the home team. With both teams ranked in the top-11 in points per game, it’s a no-brainer to bet on OVER in this one, even if the total has been adjusted a little bit high at 219 points.

Pick: Bulls cover the spread, OVER

For more NBA and other sports betting options, go to BetUs.com.